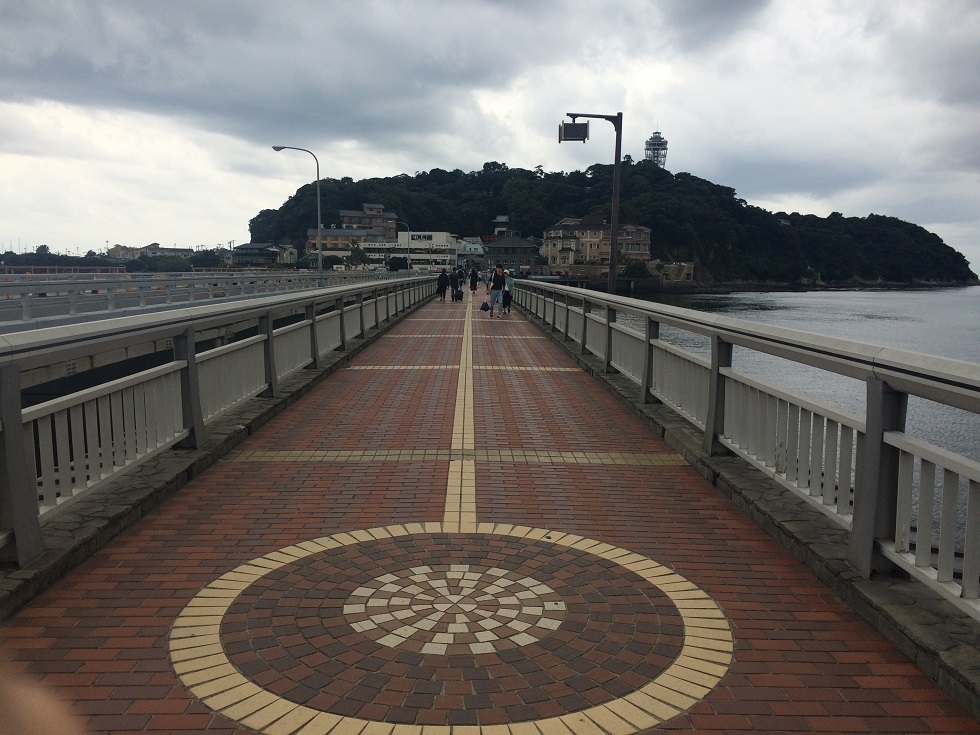 After leaving the carpark of the 7/11 where we spent the night in our Campervan, we wanted to check out Enoshima Island.

At just before 7am, the Katase Nishihama beach parking lots were still closed, so we we continued our search for some free parking in/around Enoshima Island. 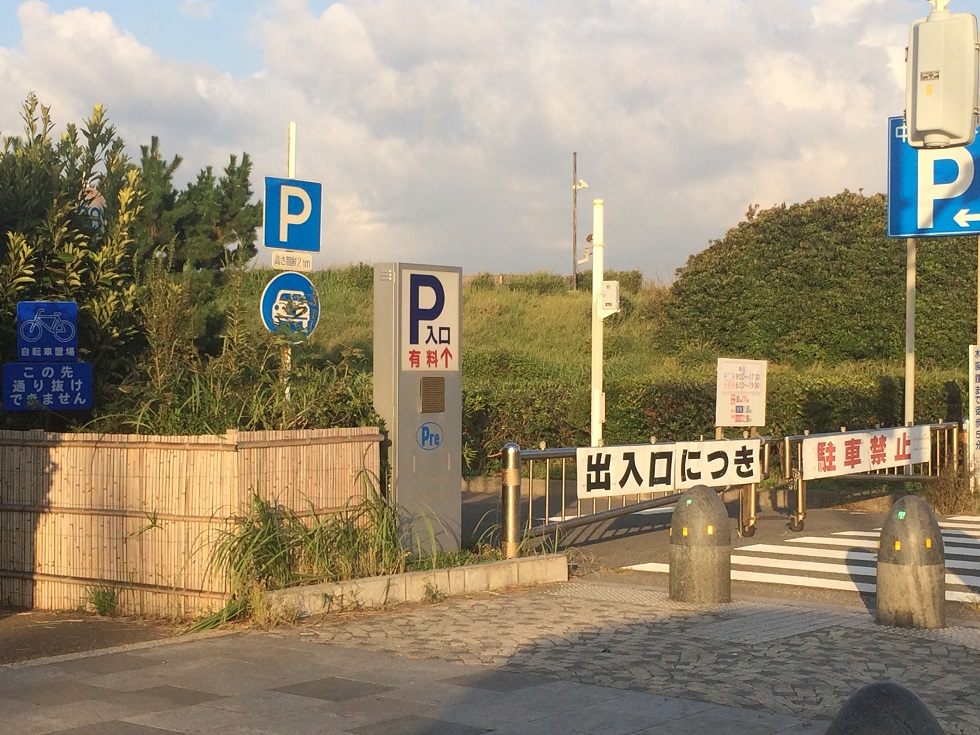 What we didn’t know then, was that free parking in Japan rarely exists.

We ended up going to the Enoshima Kamome parking lot where the price was 620円 for the first 2 hours, and then 200円 for every 30 minutes over that, with a maximum day rate of 1,540円.

We set up camp in the car park, just as a means to be able to pull up the car somewhere to be able to get out, make ourselves breakfast, and figure out what to do for the day.

We were pretty much the only ones in the carpark this early: 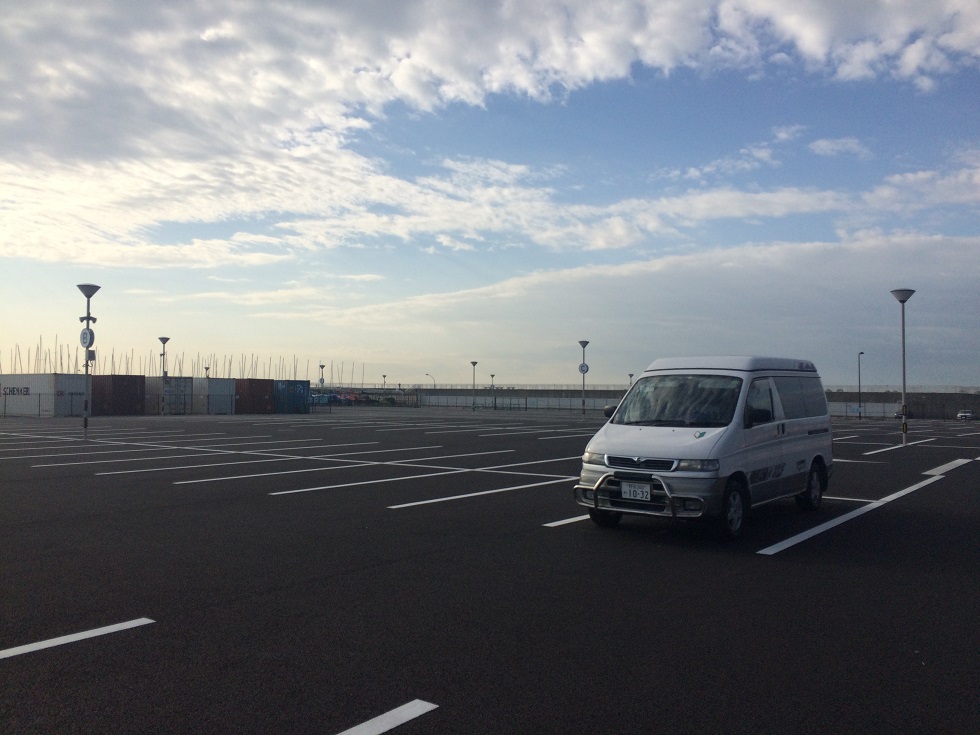 After eating some cereal, we set out to explore Enoshima Island.

I wish I had found this Enoshima Island guide before we went! There is so much great information here on things to do in Enoshima, that looking at it now we missed out on.  I highly advise you to take a look at that guide if you’re planning a trip to Enoshima.

Enoshima Island is quite hilly in some areas, so be prepared for stairs. The upside of this is that you get some really great views from the island: 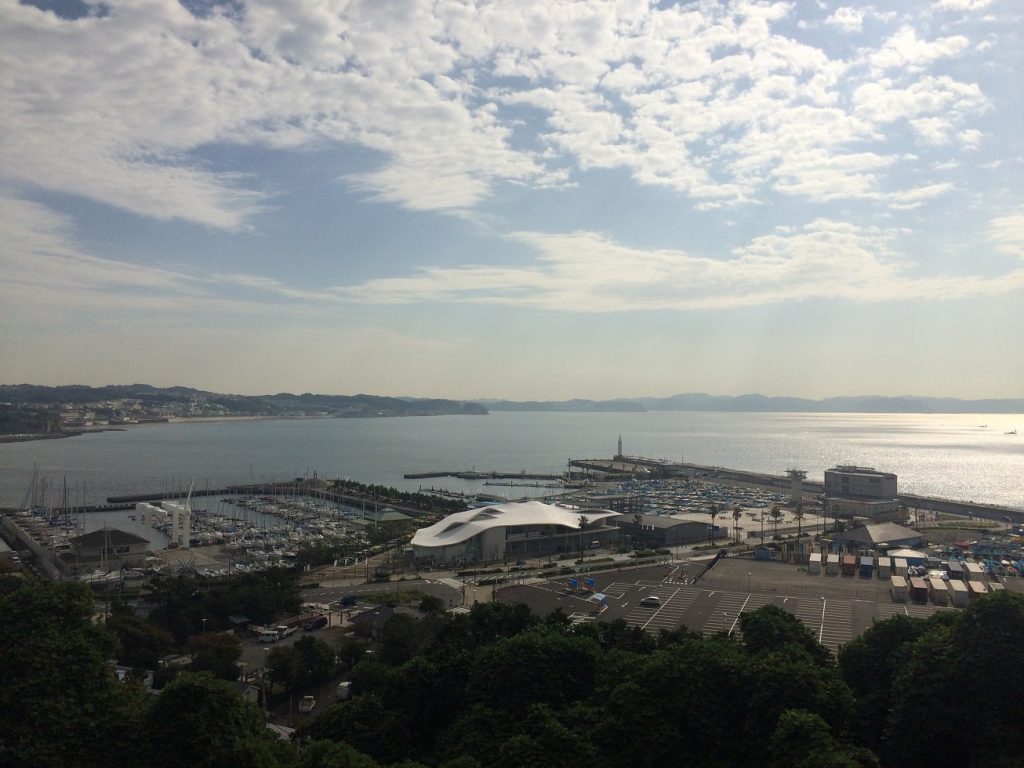 (We’re parked in the parking lot just down below!)

There is an escalator ticket you can buy that lets you use the ‘Enoshima Escar’ escalators which are installed in some areas along the start, but if you want to get down to the caves on the Western side of the island there are only stairs.

If you’re self-walking it, it’s free to walk around Enoshima Island, but many of the ‘attractions’ have paid entry. We didn’t go into any paid ones but were happy enough looking around the outside.

There are a few things to see on the island, including the Enoshima Sea Candle lookout, various temples/shrines, gardens, and caves, including:

You can see some of these on the Guide Map below: 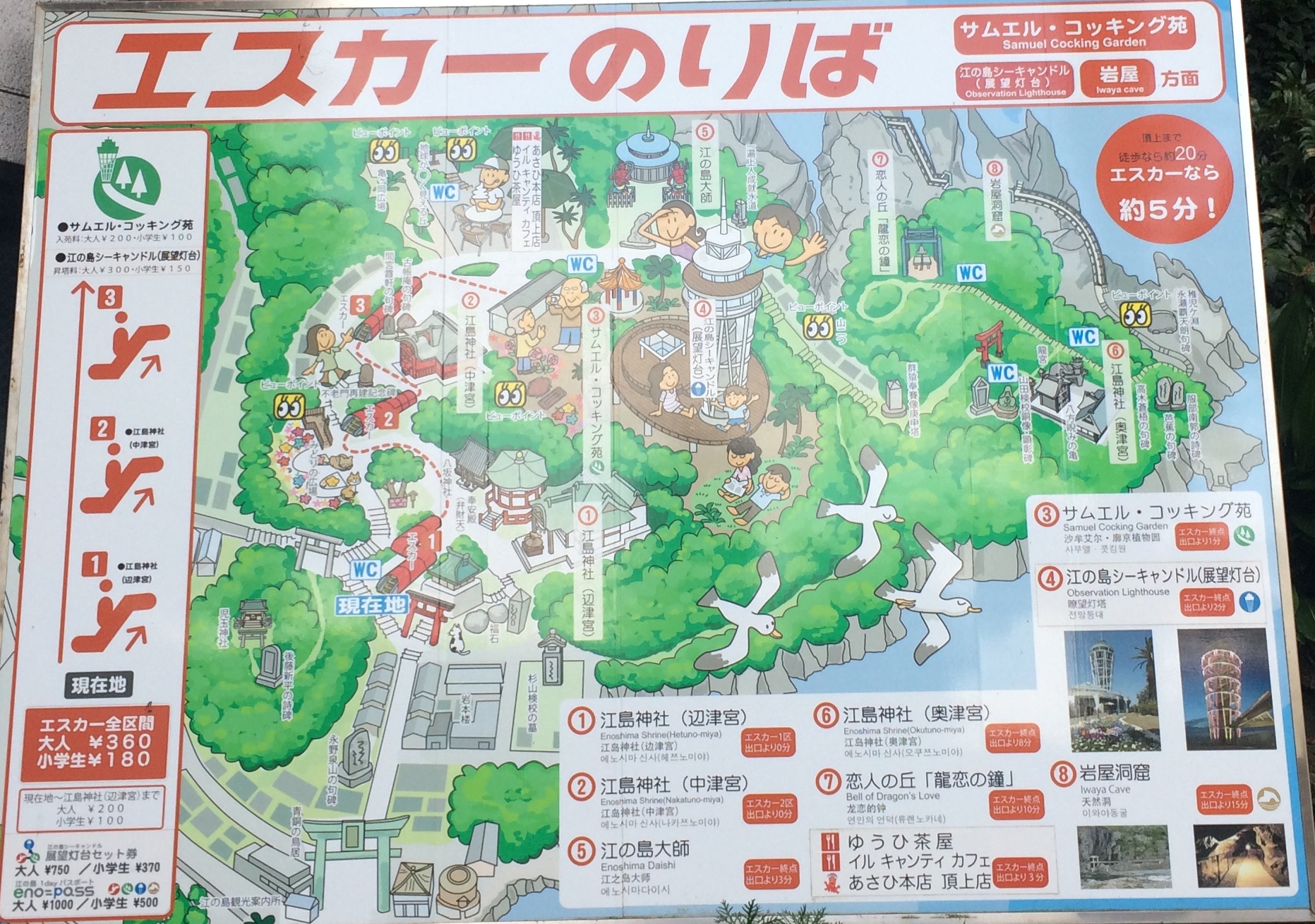 Some of the streets are full of little shops selling touristy souvenirs/crafts and of course food. However, most of these were closed on our way in as we were there before 8AM.

We ended up walking to the Iwaya Caves, but didn’t go in because of the entry fee and based on theTripAdvisor reviews we didn’t feel like it would be worth it for us.

It was low tide and plenty of fishermen were out, so we enjoyed checking out the rockpools and fishing scene instead.

The Ryuren Bell of Love or Dragon’s Bell Of Love, is a short detour off the main walking track towards the southern end of the island, and is signed.

Unfortunately we didn’t go, but apparently it’s only a short couple of minute’s walk (less than 100 meters or so past the fork), so only a short detour! The bell was installed to honour this legend, and apparently couples who ring the bell and attach a padlock to the nearby railings will enjoy eternal love. You can see a lot of padlocks and colourful messages tied to the railings around the bell by those who have been here before.

We walked across the Enoshima Bentenbashi Bridge which links Enoshima Island to the mainland and is a nice walk.

We enjoyed taking some photos of the black sand beaches on the mainland before we headed back to the car for lunch.  Just look at that sky! 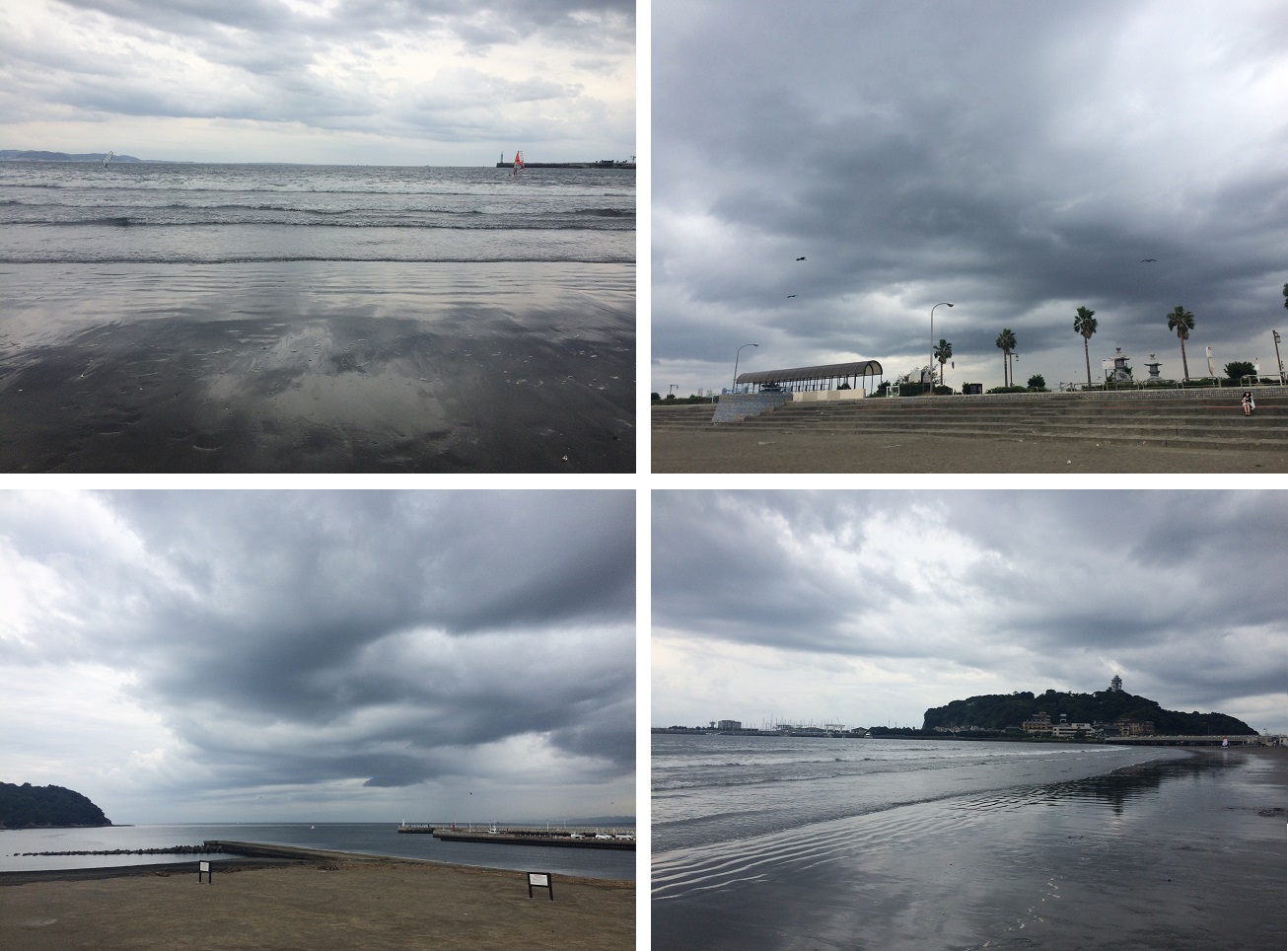 On a clear day, you can see Mt. Fuji from various locations in Enoshima Island and its surrounds. This travel guide and website about Enoshima Island includes a map of the best spots to view Mt Fuji.

After our brief half-day on Enoshima Island, we headed towards Mt Fuji area with the goal of spending the night at Lake Kawaguchi.

I still wanted to get a sense of the surfing scene around Enoshima though, so on the way out we stopped into a local surf shop – parking in the next door’s cafe customer parking, so we couldn’t really stay long.

According to the shop keeper at Goddess International who spoke some english, the beaches to the left of the headland are popular spots and you can go there from the early morning. I tried to ask about the parking situation if one wanted to go for an early morning surf and the word was that you can apparently park there, even early in the morning (despite our experiences with the car park gates being locked overnight). 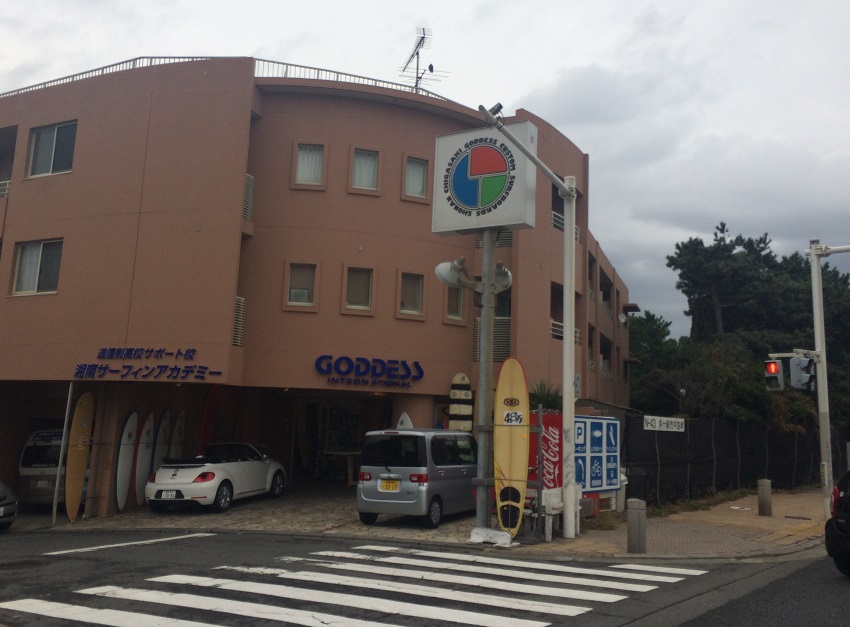 Board rental at that place was around 3750 yen for 1 day of hire. I would have loved to have gone, but we didn’t have the time. Maybe next year!

I did however spot some surfers at Oiso Beach on the drive out of the area! 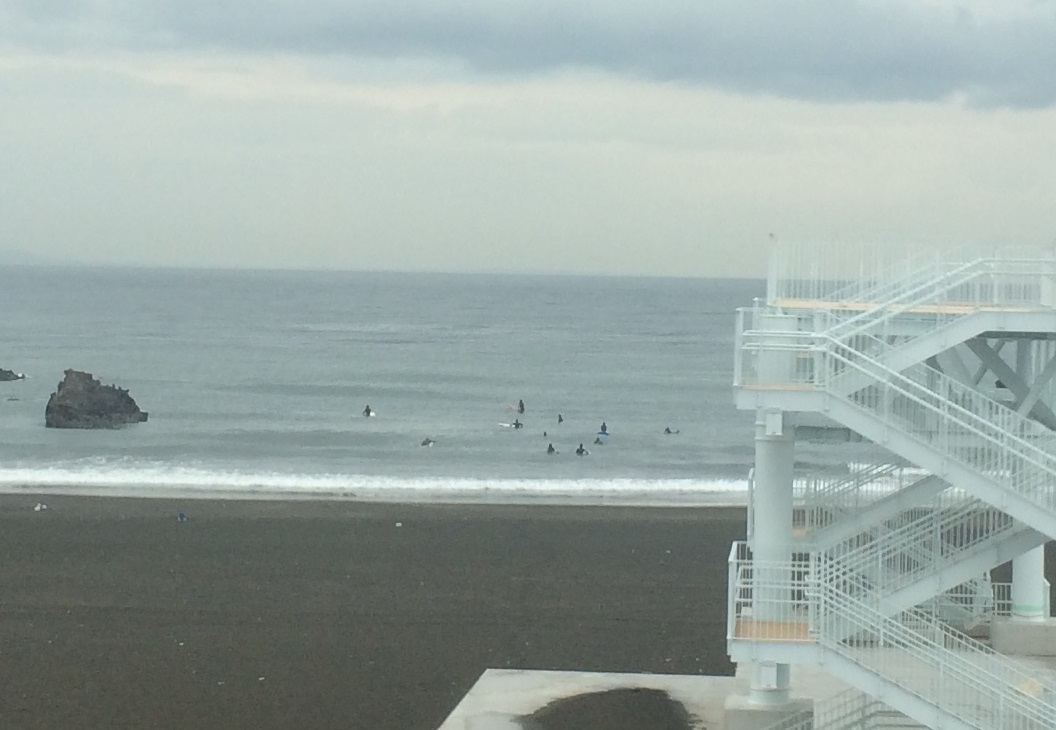 We didn’t really get a chance to just check out any of the surf beaches because of the parking situation (it’s literally that bad, there are no places you can park for even a minute and get down to check things out), so on we went towards Lake Kawaguchi.

We didn’t end up making it the whole way to Kawaguchi.

After a stop en-route for some grocery items, fuel and wet wipes (our back-up shower solution), it started getting dark.

We ended up finding a nice little rest-stop area in the dark along a winding mountain road that seemed perfect for an overnight stay. Toilet block nearby – check.  Free parking – check.

We parked up and popped the top on our campervan, since no one else was around.

At this stage it had started to drizzle and was cool because of the altitude, so we opted to cook in the car (be sure to keep a door or window open if doing this!). 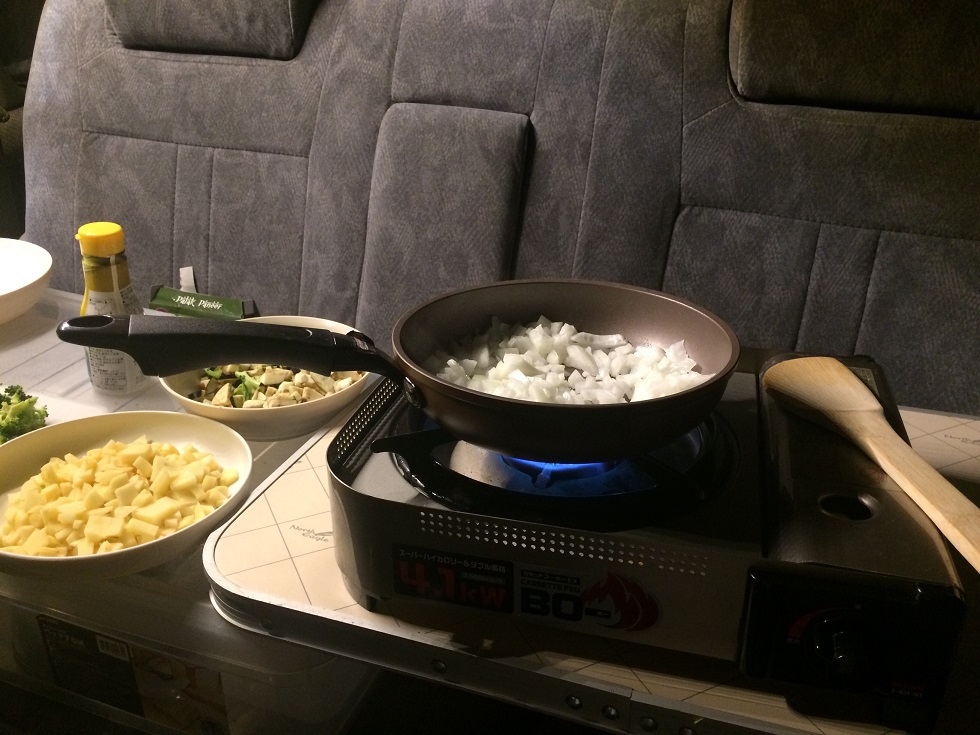 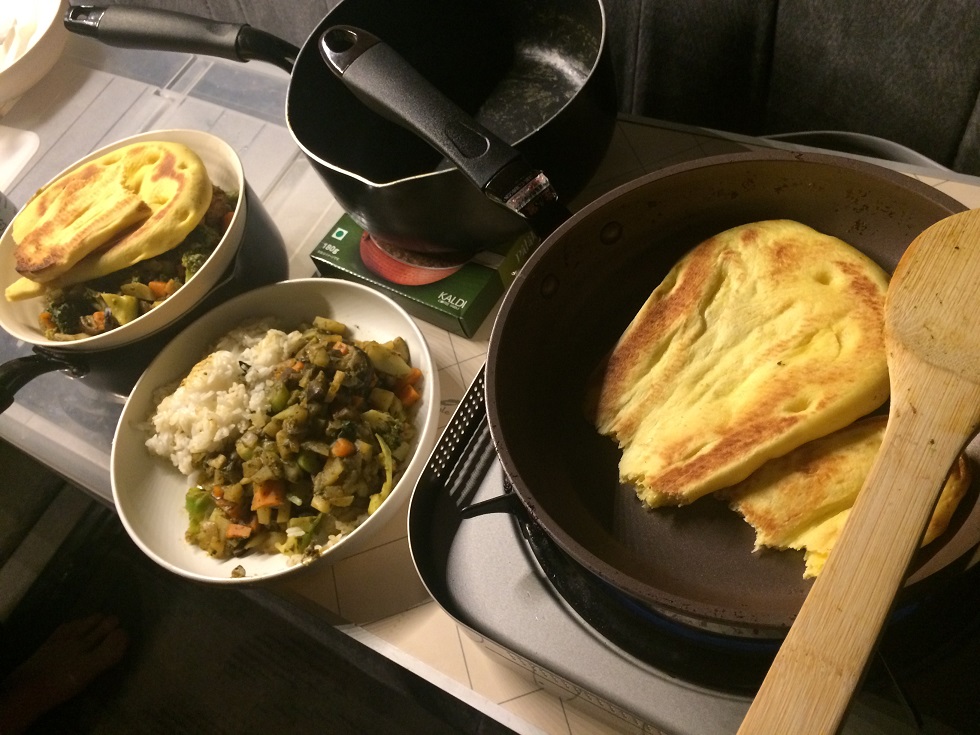 Another campervan showed up just as we were packing up to go to bed, so we knew we were in an OK location!

Our neighbors were Japanese and tried to have a chat, as it seemed they asked us to move our car over a little bit.

With that, we went to bed, finally glad to have found somewhere where it wasn’t costing us to park for the night!