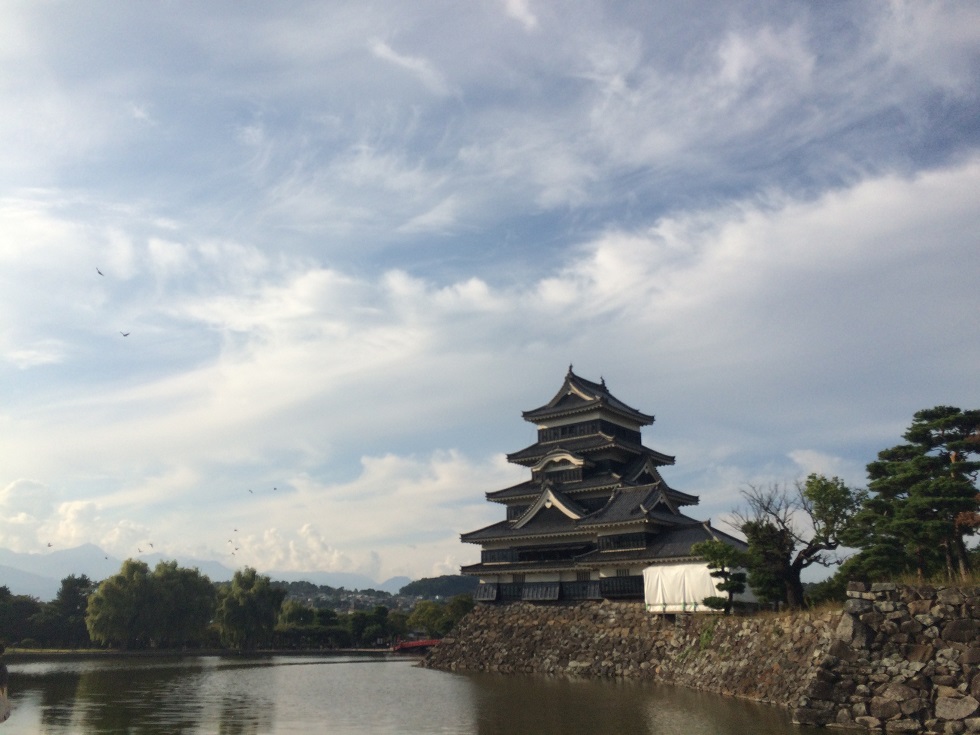 We woke up after camping on the shores of Lake Suwa to great weather!

The place where we stayed the previous night was great. A free car parking area with a toilet block nearby.

After a quick breakfast, we headed off to the Prince Skyline Museum (official website) which was not far away. It’s a car museum including historical Japanese made cars. 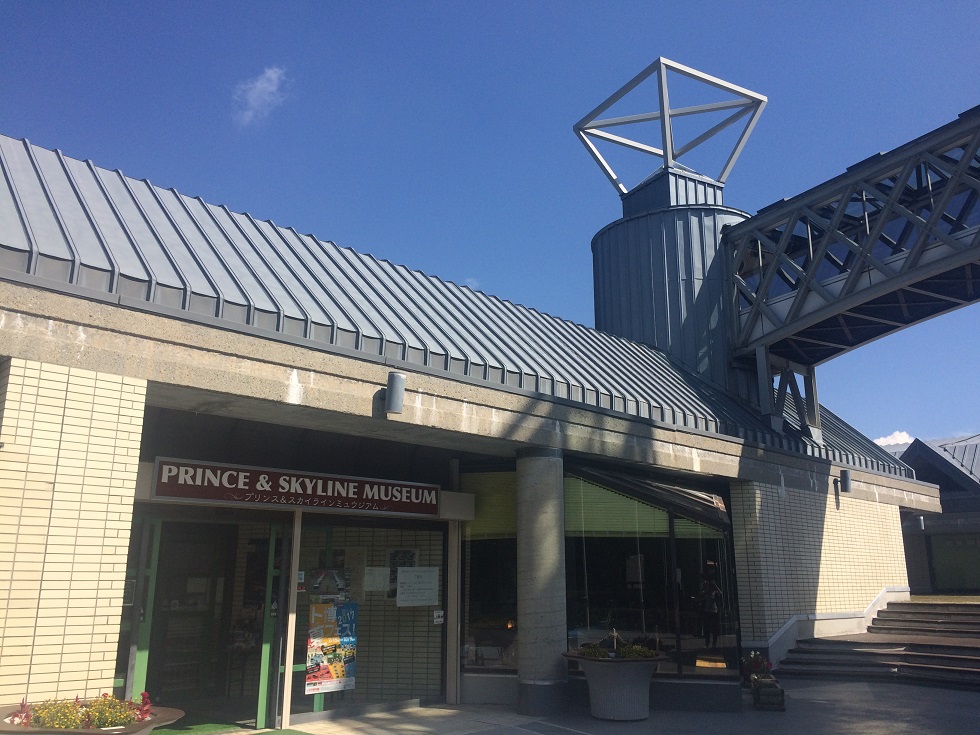 It’s a small museum at the top of a hill. Free parking is available but you need to climb some stairs and walk probably 100-200m or so to reach the museum.

The lobby/ticketing area had many pictures and posters on the walls, all of the ones below are actually hand drawn with what looked like lead pencil.

It costs 1,000Yen per adult to enter the museum, which is a single floor below the main entrance and has around 30 cars on display including GTRs, R32 and R34 – and if you’re lucky the staff may even let you sit in one of the cars (as we got to in the  R34).

Various engines are on display from all ages of car, including some earlier models.

As well as some interesting cut-away models showcasing how the engines work so that you can see the inner parts.

The museum apparently closes during the winter months so be sure to check the official website for the latest status before you travel out there.

Also be aware that there isn’t a lot of english signage available that explains the exhibits – most signs are in Japanese.

There is also a theatre area where they show video footage of car racing from the 70’s, which is interesting. You can get Skyline related souvenirs in the store as you leave.

After we left the Skyline museum, we headed to our next destination, Matsumoto city.

Matsumoto is famous for it’s castle – one of the few original castles in Japan (many of the others have been burnt down at some point and rebuilt).

Since Matsumoto is a fairly busy town, we couldn’t find any free parking anywhere and had to settle for coin parking (which ended up costing around 1,200 Yen for around 4 hours – average parking rates around Matsumoto seemed to be around 100 Yen per 20 minutes).

There was even a fair bit of traffic on the way in to the center of town, despite it being a weekday (Monday). This was mostly around the large department stores which seemed to have full parking lots and traffic was backing up due to cars trying to enter/wait for a park.

By the time we parked we were starving so decided to try out a Soba noodle place and decided on Kobayashi Soba because of its high review rating on  Trip Advisor.

This soba shop had a great interior atmosphere, English menu and the staff were great – we even got to try the ‘soba yu’ which is the cooking water that comes off the soba noodles, believed to be good for your health, at the end of our meal. This came with a sign explaining what it was, which was a nice experience.

Being the first time we’d tried Soba, it was certainly a nice experience, but nothing overly special – in hindsight the place is a little touristy and pricey for what you get.  I did read in one Trip Advisor review that a couple who stayed in Matsumoto for a few days actually discovered that superior soba can be found elsewhere at local shops fairly easily.

I got the cold soba and tempura set which cost 1,600 Yen plus tax, which is actually a little pricey for this kind of meal (as I realised after being in Japan for a while!). Still, it was a great first experience of Soba noodles, and they served some nice tea.

After our lunch, we walked to the castle grounds, which actually took us through some nice areas of town with some little traditional wooden building restaurants/cafes and shops selling small souvenirs and ice creams etc. We didn’t know it at the time, but these are the lanes that lead to Yohashira shrine.

Finally we got to the Matsumoto Castle grounds. This was the first Japanese castle we’d seen up close, and it was sure impressive!

You can walk around the castle grounds for free and it’s very scenic, in fact the photo above was taken outside the paid entry area.  Even if you don’t have time or money to go into the castle itself, I would say that it’s worth checking out the castle grounds if you happen to be passing through Matsumoto.

For some reason, someone even had some pet baby rabbits tied up in the park for the passer-bys to pat and take photos with.

We paid our entry to the Matsumoto Castle, which was 610 Yen per adult. This gets you access to the Castle grounds which has its own garden area, the 6 story main keep as well as the Matusmoto City Museum (a separate building on the outside of the moat).

Be sure to keep an eye out for the ‘hospitality team’ – costumed princess and warrior staff who are supposedly on site every day between 9AM – 4PM and will help you take photos, pose with you or for you!

The castle is original construction so to get to the top of the 6 story keep you’ll need to be able to climb several sets of steep stairs.  There are staff on every level to make sure people follow the designated route and keep everyone moving.

Inside the keep, you need to remove your shoes at the entrance and you can  take them with you in a plastic bag as you walk through the keep.

The steepest stairs located on the 4th floor actually have an angle of 61 degrees and are quite narrow, but there is a handrail to hold on to so you can use that to help.

On the way to the top, there are various exhibits and displays showing weapons and armor from earlier periods.

It’s a bit difficult to take good photos of the inside of the castle, so to get a better idea of what it looks like, be sure to check out the official website, which also has a lot of information on the history of the castle, including the 6 story keep (Dai-tenshu).

The top of the keep is small but cool and offers views from 4 directions over the city.

When you’re at the top story, don’t forget to look up! The Nijyu-rokuya shin (26-day old noon god) is placed here where around 500kg of rice used to be offered monthly which is explained here.

Unfortunately, we didn’t get time to check out the City Museum (entry to which was included in our ticket to the Castle.

Instead we got a coffee at a trendy little coffee shop called High Five Coffee Stand to keep spirits high for the night drive ahead, and went on our way.

We arrived late at a Michi no Eki in the hills, near Kamikochi (as we planned to visit there the next morning). The place we stayed was the Roadside station Okuhida-onsengo Kamitakara.