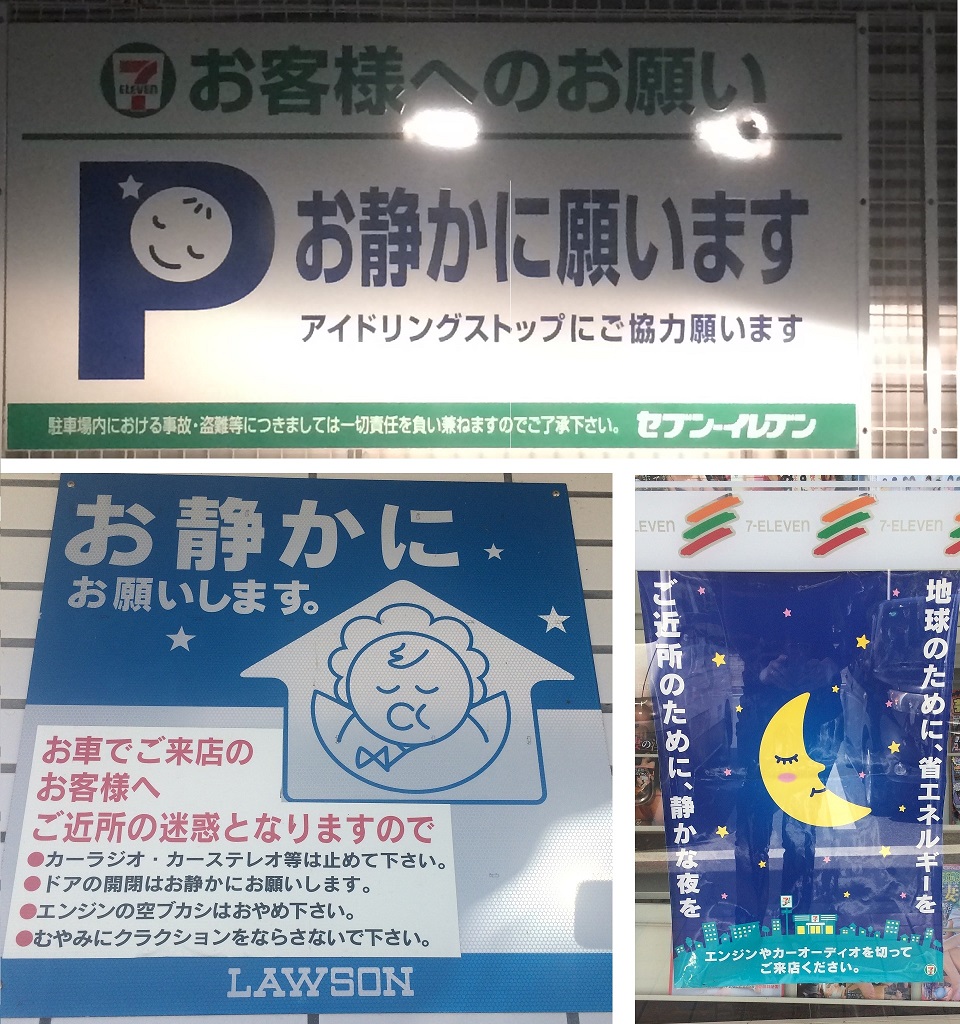 So you’re doing a campervan trip around Japan and looking for a place to park and sleep the night! Is it alright to pick a convenience store to sleep at?

We spent the night sleeping in our car at a 7/11 convenience store on our first night of campervanning, and although we got off with no repercussions, I’m pretty sure it is not a ‘done’ thing.

Before we went on our campervan trip in Japan, I had read online that it is perfectly okay and legal to sleep in your car and that plenty of Japanese people do this all the time.

The problem though, seemed to be where to do it?

Parking in Japan is rarely free, and very much lacking in any built-up areas. We found it so difficult even to find a spot to pull over to the side of the road to stop for a moment to figure out where we wanted to go next.

One place where parking is free though, is convenience stores – like Lawsons, 7/11, Family Mart etc.

I read on a few campervan blogs that it was acceptable to pull up for the night and sleep in your car at a convenience store car park.  I really think now though after doing it myself, that it’s not and wouldn’t recommend it!

One blog we read online talking about their own experience campervanning in Japan was saying that they even have special signed sleeping bays if you want to sleep the night, but we didn’t see anything like this on our travels.

We did see some signs that have pictures of people sleeping on them, but after asking some locals, it seems like these are just asking people to keep the noise down at night times so that neighbors aren’t disturbed.

Think about it – space in Japan is a premium, so if you were the shop owner, would you think it is okay for someone to take up a car spot at your business – for the whole night – and then just leave in the morning?

Even if you did buy some stuff, it felt a bit disrespectful for us to stay the entire night in retrospect.

Although we did see a lot of people apparently ‘sleeping’ in their cars at convenience stores late at night, it seemed like they were all just taking power naps if anything, as though they were going to move on in a short while.

For instance, you could always see the person sitting in the driver’s seat – we never saw any apparently empty cars with shades up or anyone who looked like they had packed it in for the night.

I even checked with some locals on my language exchange app “HelloTalk” ,to ask some Japanese people if it is acceptable to sleep in a convenience store car park.

People had varying opinions, but the general consensus seemed to be that it was not really a socially acceptable thing, and if you really were going to do it, that you should either:

a) be very discreet about it, and try to not let the shop owner know you were doing it; or

b) be upfront about it, and ask for the shop owner’s permission to stay the night and hope they have pity on you

Basically, it seems like you’re not really allowed to do it, but the individual shop owner might make an exception for you if you have a good reason (assuming you could communicate that in Japanese!).

The better option is to stay at a Michi No Eki for overnight sleeps – they’re free – and this is where Japanese people actually do sleep in their car overnight. So you won’t have to worry about looking out of place.

Alternatively, if there really are no Michi No Eki‘s close by, then you really should pay for a coin parking spot and be discreet about sleeping in your car.

So anyway, we did manage to get away with spending the night at a 7/11, carpark, but I’d recommend against it. I couldn’t stop being paranoid that we’d get someone knocking on our door in the middle of the night, or otherwise get a fine or something a few weeks later – there was after all, a giant security camera pointing at our car the whole night!