We slept in until about 10:00am after being out late drinking at the Ginza 300 bar the previous night.

I was trying to recover over a giant bowl of cereal when I received a message from a HelloTalk friend saying that he was in Tokyo and wanted to meet up. He decided we should go to Jimbocho (Jinbōchō) to look at some books and outdoors shops as I mentioned that we’ve been looking for winter gloves to buy for our potential Mt. Fuji climb.

This suburb / district / city area has a strip of outdoors shops ranging from cheaper brands which I’d never heard of to high end brands such as Burton, North Face, Arc’teryx etc. I bought a pair of Windstopper gloves on sale reduced from 7,000yen to 1,990yen.

Next we checked out what this suburb is really known for – book stores. These multi-story book / magazine stores are scattered everywhere throughout Jimbocho – some selling new books; others selling 2nd hand, rare or antique books. 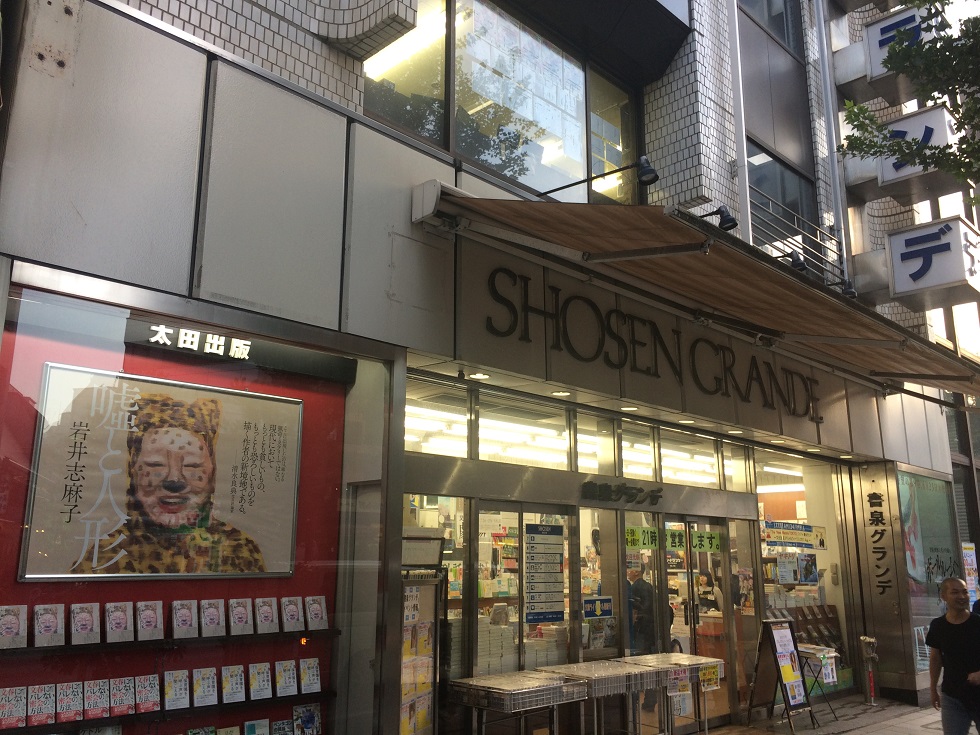 We followed our new friend into one of these stores (Shosen Grande) and went up to a floor dedicated to car, motorcycle, bus and plane material. There are magazines dedicated to individual car models, brochures, gallery magazines, specification books, modification guides and parts magazines.  He purchased a whole stack of excellent condition antique automobile magazines from the mid 1940s at about 200yen each.

The book store will even post them directly to his house for him (although he did have to buy a minimum quantity of 50 magazines). 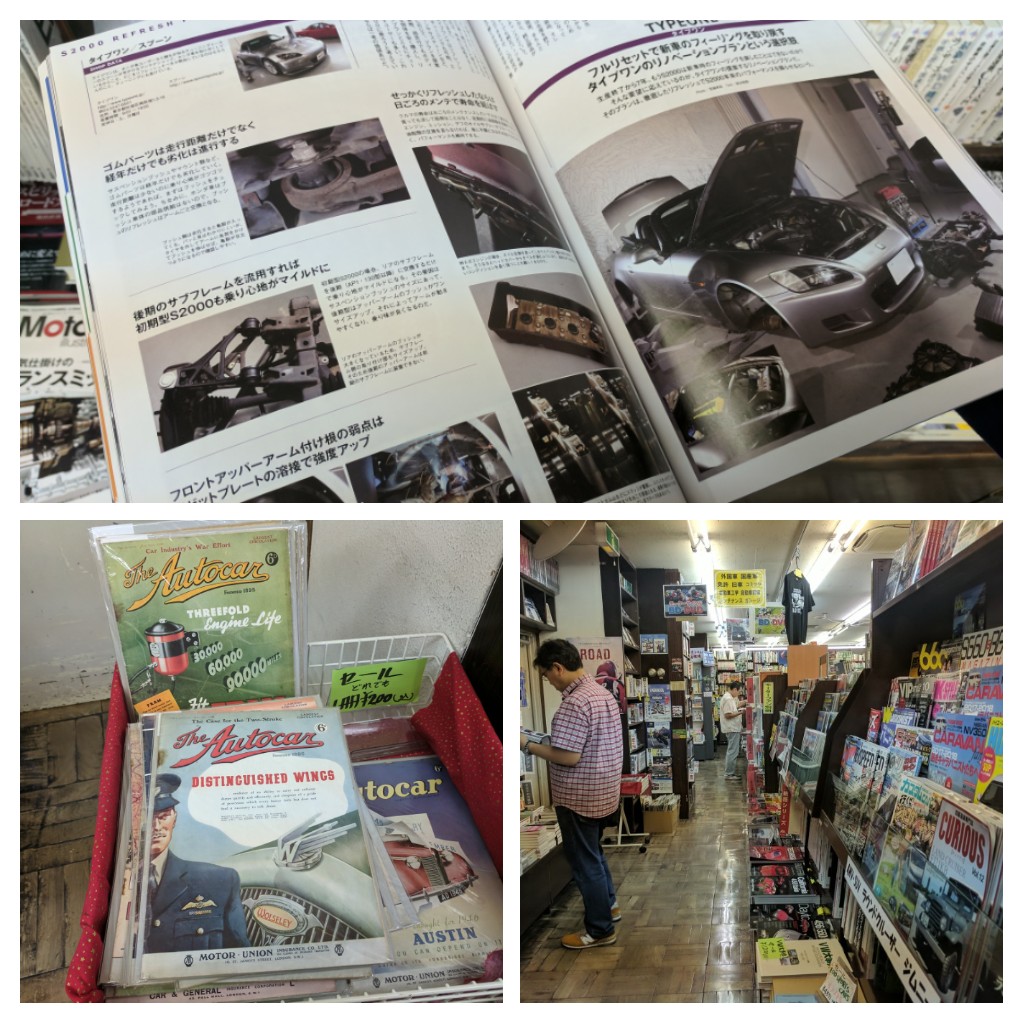 Back downstairs we went down the road to a much smaller vendor who had setup inside a small garage selling a whole range of second hand Japanese and English books with a particularly large collection of art and style hardcovers.

After leaving the book store we went for a walk around the area and ended up in a basement cafe. The atmosphere was very nice and the coffee was decent although not the best we’ve had in Japan.

We talked about past holidays and our plans in Japan. Of course, I inevitably steered the conversation towards cars and got to talking about visiting some Japanese race tracks. Our friend told us about a connection he has in a small race track where we might be able to rent some cars at a good price and go for a race. He mentioned that he might even be able to organise for us to stay with a friend of his in the area who did some test driving for one of the local car manufacturers.

Our friend then had to head back home via a Shinkansen to a different city so we decided to walk towards Akihabara – roughly a 15 – 20 minute walk. On the way we stopped in at a bakery for a treat.

This particular bakery (Mont Thabor) had some free samples which we meant we could try a bunch of unusual breads without committing to buying them all. They stocked a few of the classic Japanese baked goods such as Melon roll and Hokkaido milk bread (which turns out is delicious). We purchased a few different treats and moved on.

In Akihabara we went to a store called “Hard Off” which is like a multi story pawn shop selling second-hand/used goods. The basement floor is labelled as “junk” which seems to be a mixture of slightly beat up, damaged or non-working stuff. Some of it seemed really good though, and this could be a good place to find spare parts for cameras, lenses, Playstations and other random electronics. The other floors had your typical pawn shop range of items such as musical instruments, watches, turntables, headphones etc but they actually had a fairly high quality selection. I noticed some Gibson, PRS and Fender guitars priced at over 450,000yen.

On the top floor of the Hard Off building we found a racing simulator place called D.D.R (De Le De Mo Racer). They have 3 high quality racing simulators setup with either multi monitor or multi projection screens. The seats are propped up by electric rams which attempt to move you around based on what’s happening in the game.

At D.D.R you must wear shoes and gloves. If you don’t have either you can rent special racing shoes and gloves from them for 500yen (not sure if that’s for both or each). I was just wearing normal boots and luckily had my winter gloves from earlier so didn’t have to rent anything.