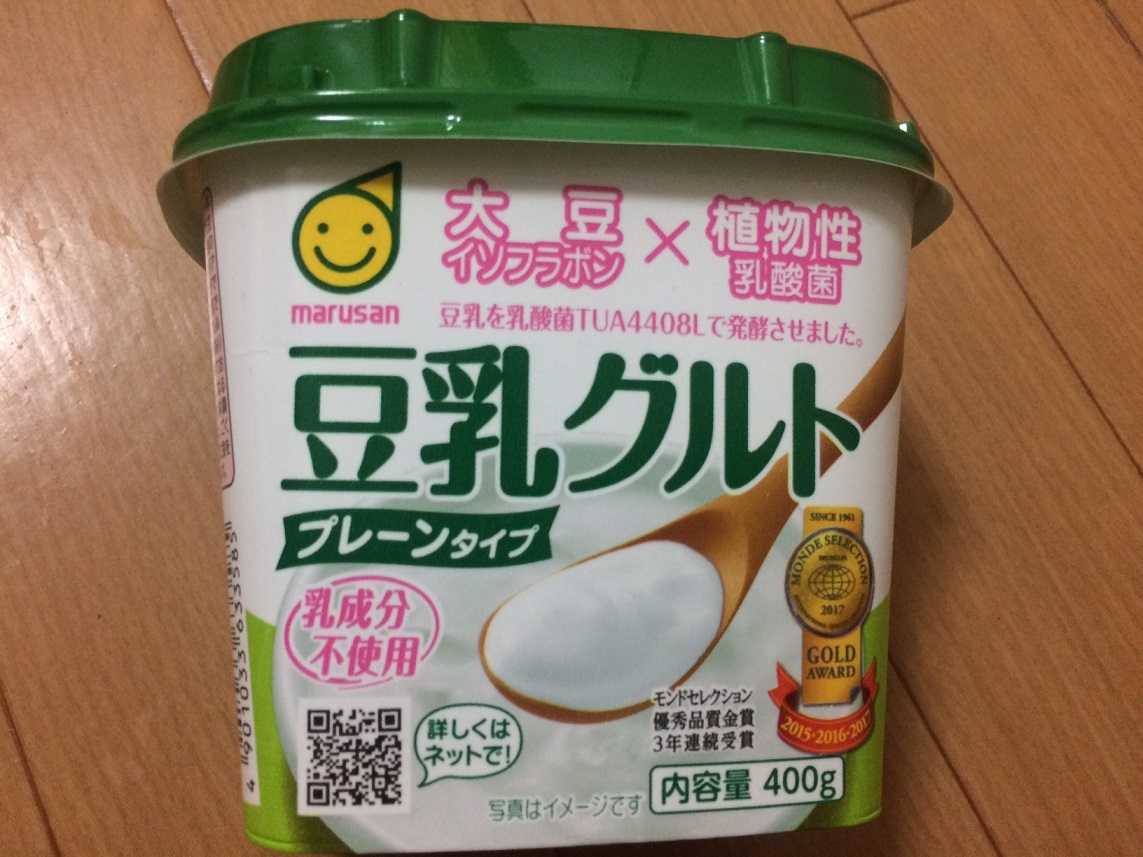 Japan is abundant in soy products which are perfect for vegans or those who need/prefer to avoid dairy.

I was pretty happy when I stumbled upon this soy yoghurt for just 270 Yen at my local Aeon supermarket.

Its made by Marusan, who make a lot of soy milks as well. The lid reads:

“Tonyugurt”  (soy milk in Japanese is called ‘tonyu’ 豆乳 (とうにゅう) , so it’s like a play on words tonyu + yougurt = tonyugurt) 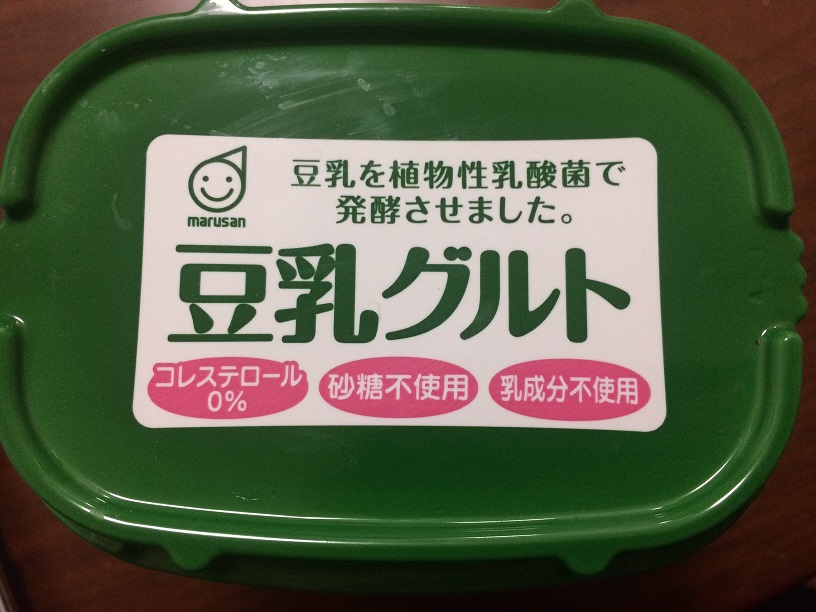 One thing to be careful of when looking at soy yoghurts though is gelatin – which would make it not vegetarian or vegan at all.

I checked the ingredients on this one, and it’s just listed soy milk.  It must literally just be soy milk and probiotics.

The ingredients are shown on the side of the box: 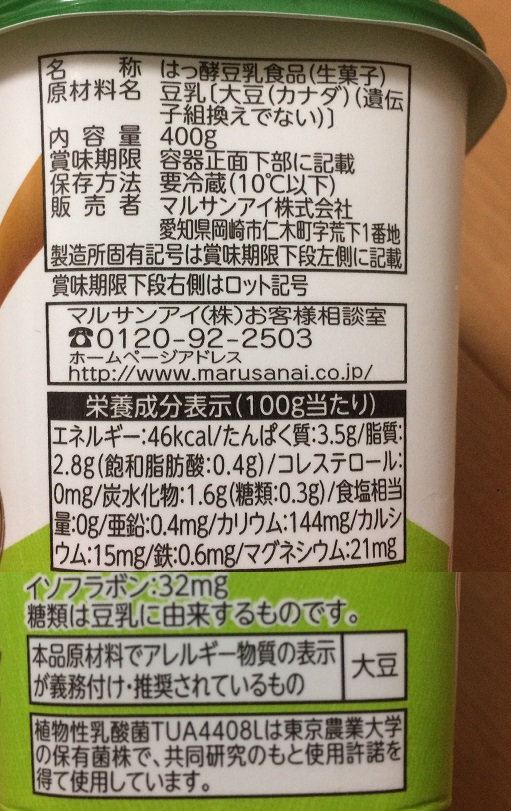 According to google translate, the bottom box in the green section says something like ” TUA4408L, a plant lactic acid bacterium, is a strain possessed by Tokyo University of Agriculture and is used under licensing permission under collaborative research.”

So there you go, it’s cutting-edge technology on loan from the University.

I wanted to see if it really is dairy free and vegan, so I checked for some extra information on the manufacturer’s website.

Here’s a screenshot of what I found (google translated into English!)

Taste-wise, I liked it. It’s ‘plain’ flavor, and literally tastes just like soy milk with a bit of a thicker texture that more closely resembles yogurt. I had mine with blueberries.