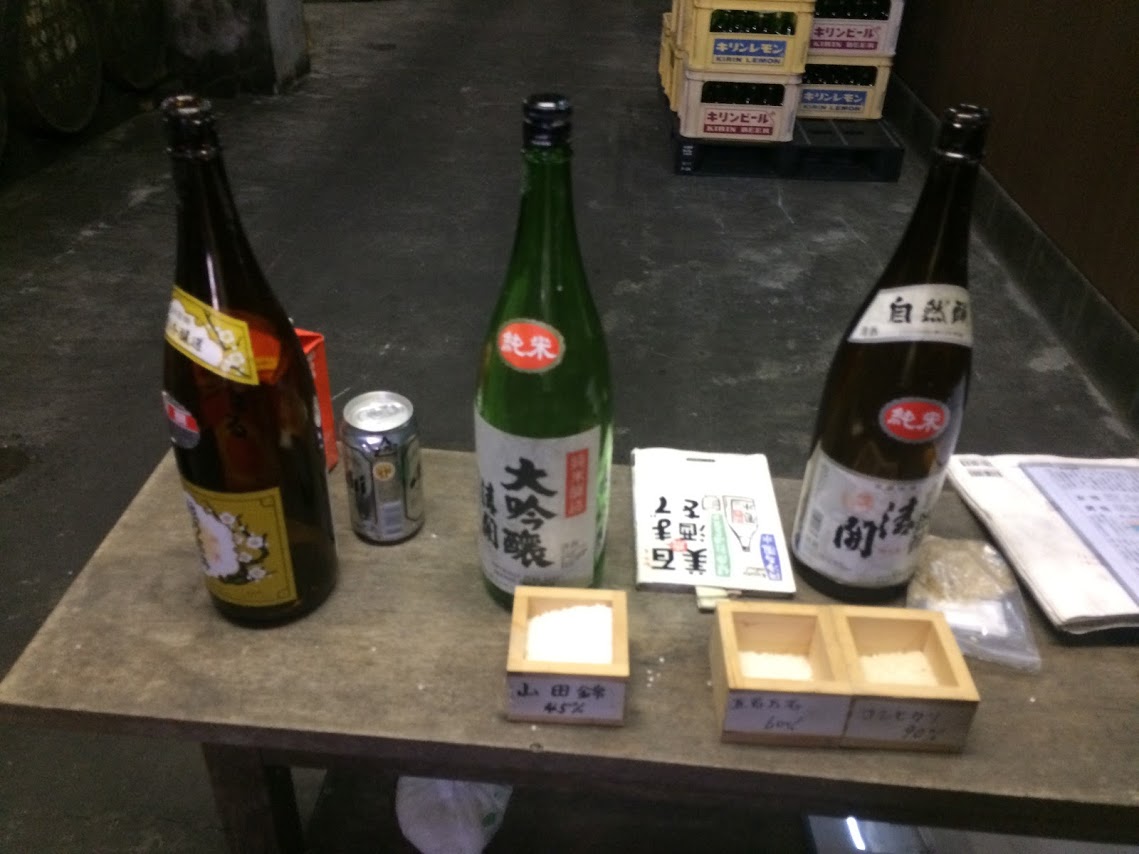 Japanese sake is a must try for those visiting Japan – this drink has played a major role in Japanese life and culture for thousands of years.

Knowing a little about Japanese sake can add a bit of enjoyment and make for a deeper understanding of Japanese culture, history, and the social environment, as well as help you connect with the locals in Japan.

This guide will give you a bit of information about sake to get you started!

First and foremost – nomenclature. In English, when we use the word ‘sake’, it always refers to Japanese sake or rice wine. Confusingly, this is may not always be the case in Japan!

Many foreigners are unaware that ‘sake’ in Japanese has come to mean just  ‘alcohol’ in general – so if you order ‘sake’ at a bar or restaurant, you may often then be asked what kind of alcohol you want (beer? whisky? wine? etc.).

If you want to try Japanese sake, a more specific way to ask for it is by calling it nihonshu (literally: Japanese wine). Most Japanese should recognise that if you ask for nihonshu you are referring to Japanese rice wine. 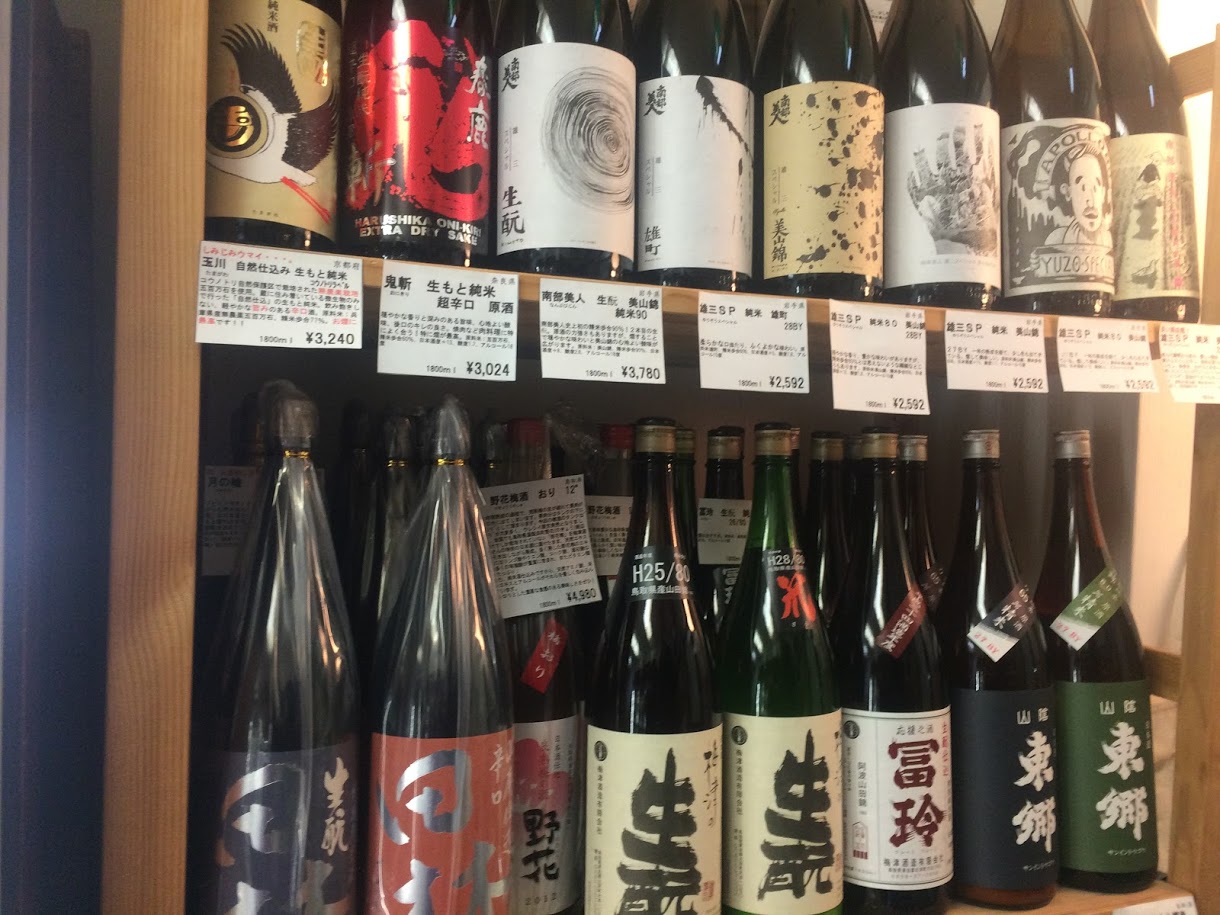 To add to the confusion, occasionally an ‘o’ sound is added to the start of the word ‘sake’ (which adds politeness). So you may also hear it referred to as ‘o-sake’.

From here on out, when we refer to ‘sake’ in this guide we are referring to Japanese rice wine.

Sake is an alcoholic beverage made of fermented rice, a microorganism called koji, and yeast. It typically has a strength of around 13 – 16% alcohol content.

There are four general categories for classifying sake: 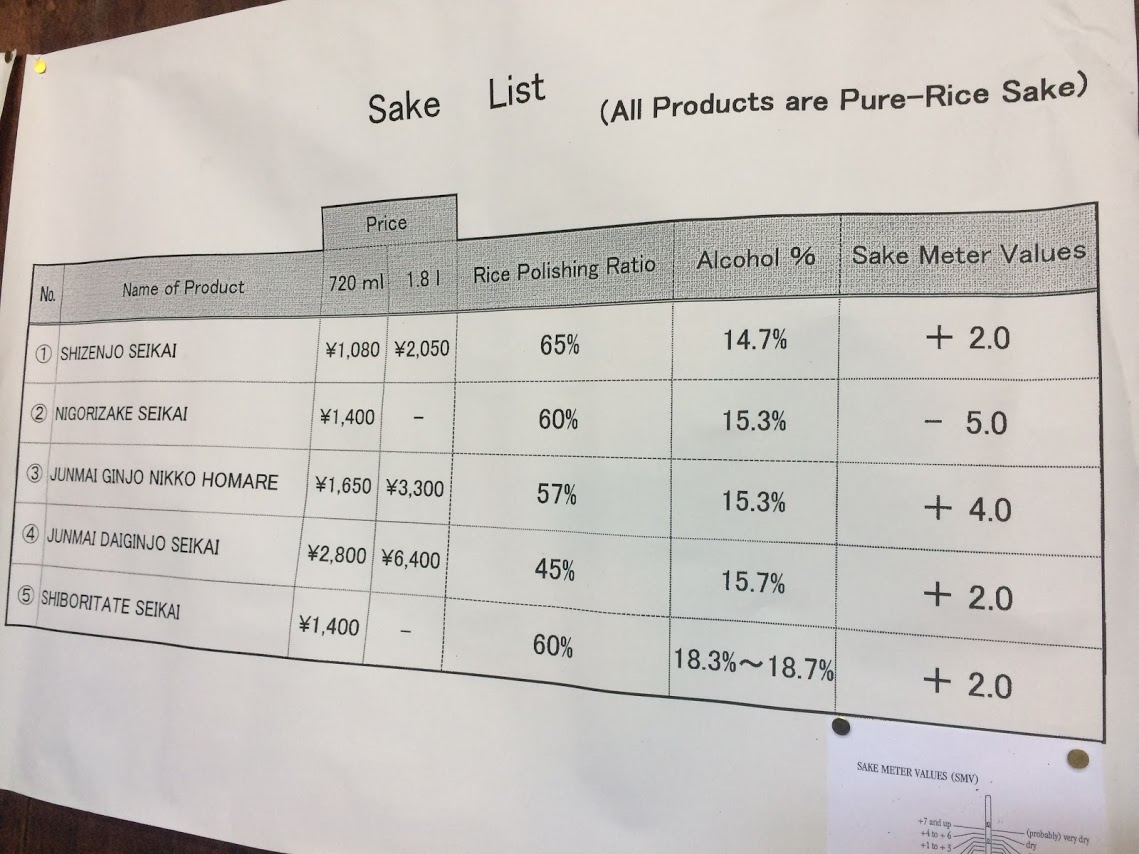 It may be enjoyed in a wide range of temperatures (5°C to 55°C) – warm, room temperature, or chilled, depending on the brew and season.

Sake may be served in glassware or traditional cups which may be made of porcelain, clay, or lacquer. Different shapes or materials may be chosen to enrich the taste and experience of enjoying sake.

Because of the wide variety of flavours in different types of sake, it can be paired with virtually every type of food from all over the world, no matter the cooking style or ingredients used.

Sake has many uses including in food preparation and seasonings, since it can be used to bring out flavours as well as also tempering  strong aromas of others.

When drinking with Japanese, it’s customary to say ‘Kanpai!’ which means ‘cheers’, and clink glasses with your drinking partners.

The height of people’s glasses is also a social game – with those of lower social status generally expected to hold their glasses lower than that of the head person.

There are many different types of sake, but the following special designations are recognised by the Japanese government. According to a brochure we got from the Japan Sake and Shochu Makers Association, these are:

This sake is made only of rice, water, and rice koji and is pure with no added brewing alcohol. It usually has a mellow bouquet and offers a rich and smooth flavour.

Made from rice milled which has been polished to remove at least 30% of the grain’s hull, combined with brewing alcohol, water and rice koji. Known for it’s crisp flavour, and mild and unobtrusive bouquet.

Made from rice milled which has been polished to remove at least 40% of the grain’s hull, combined with water, rice koji, and may contain brewing alcohol. A fruity, floral bouquet and a crisp, clear flavour are characteristic of this type.

Made from rice milled which has been polished to remove at least 50% of the grain’s hull, combined with water, rice koji, and may contain brewing alcohol. A fruity, floral bouquet and a crisp, clear flavour are characteristic of this type.

The name literally translates to ‘ordinary alcohol’, and this term covers the remaining sake types. Futsushu makes up around 80% of the sake market and can be thought of as the ‘table wine’ equivalent of sake. While not considered as exclusive as the previous categories, this category still offers various tastes and unique flavours.

Sake types may also be distinguished by the brewing methods used. 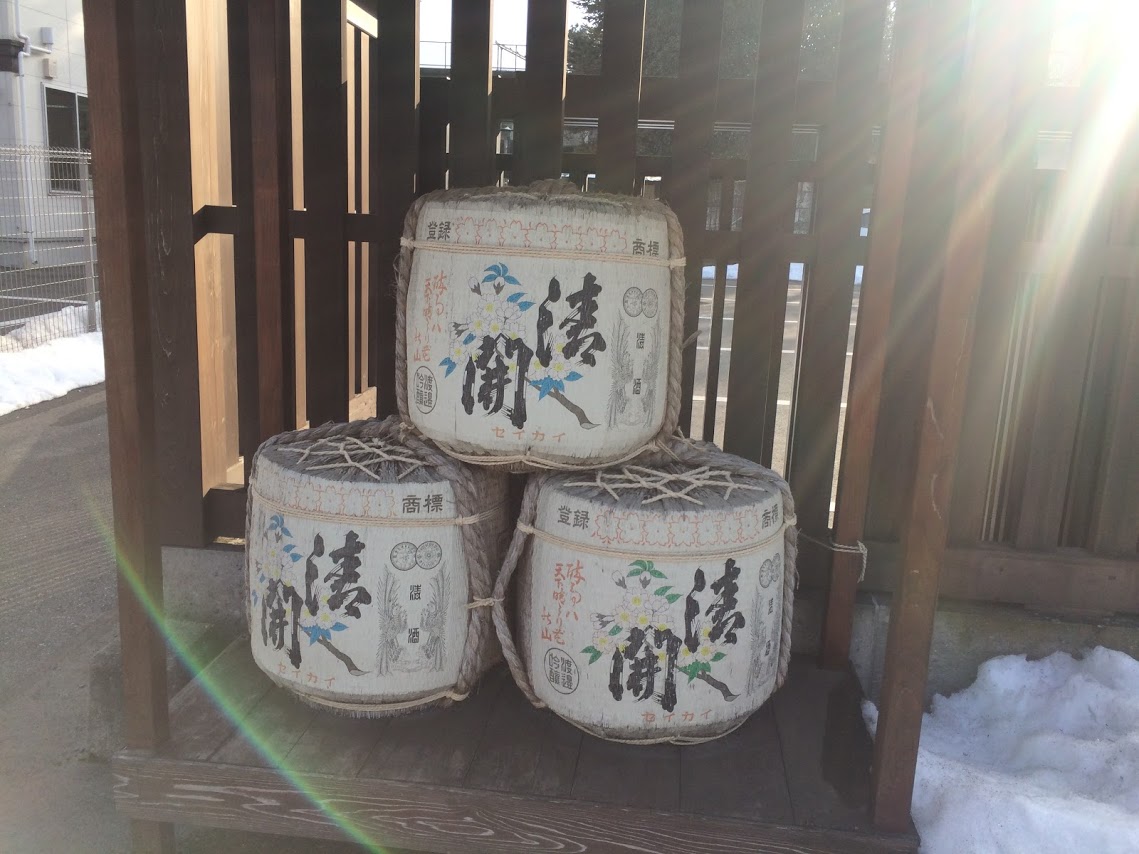 Namazake 生酒 – A non-pasturised sake which is characterised by a light, fresh flavour.

Koshu (Aged Sake)古酒 – Aged sake which has aged for at least 5 years.

Taruzake (Cask Sake) 樽酒 – Sake aged in casks which takes on some fragrance from the cask wood.

Nigorizake にごり酒 – Sake with a milky white appearance due to the mash being only lightly filtered.

Sparkling sake – This is carbonated sake which resembles champagne.

The primary ingredients of sake are rice, water, and rice koji (a kind of microorganism with yeast).

The rice used can be a different type than that which is normally eaten. Sake-type rices typically have a larger grain and are softer varieties which have a lower protein content. The cultivation method is usually more complicated which increases the cost of this kind of rice.

The koji microorganism converts starch in the rice into sugar, whch is then fermented once yeast is added. These processes typically occur in the same container.

Water quality is also a very important consideration when brewing sake. Sake breweries in Japan are often located around areas where the natural water supply is of a high quality and taste. 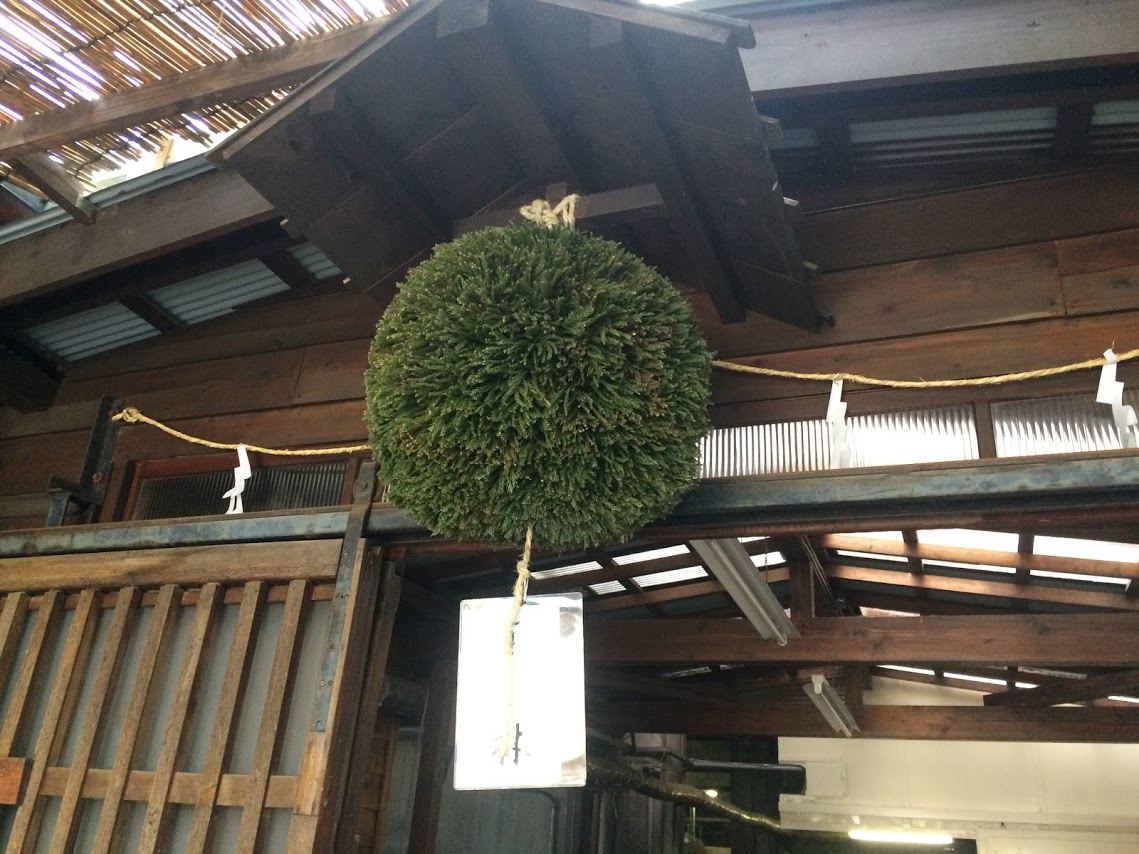 Visiting A Sake Brewery In Japan

If you’re interested in Japanese sake, visiting a sake brewery is a great way to learn more about the sake process and even get to taste some different sakes.

Breweries are located nationwide around Japan – in sake brewing towns, be sure to look out for the grassy ball hanging outside shops which indicate that sake is served there.

We went to a sake brewery in Nikko and were able to try some different sakes and see the brewing process. It was a great experience!