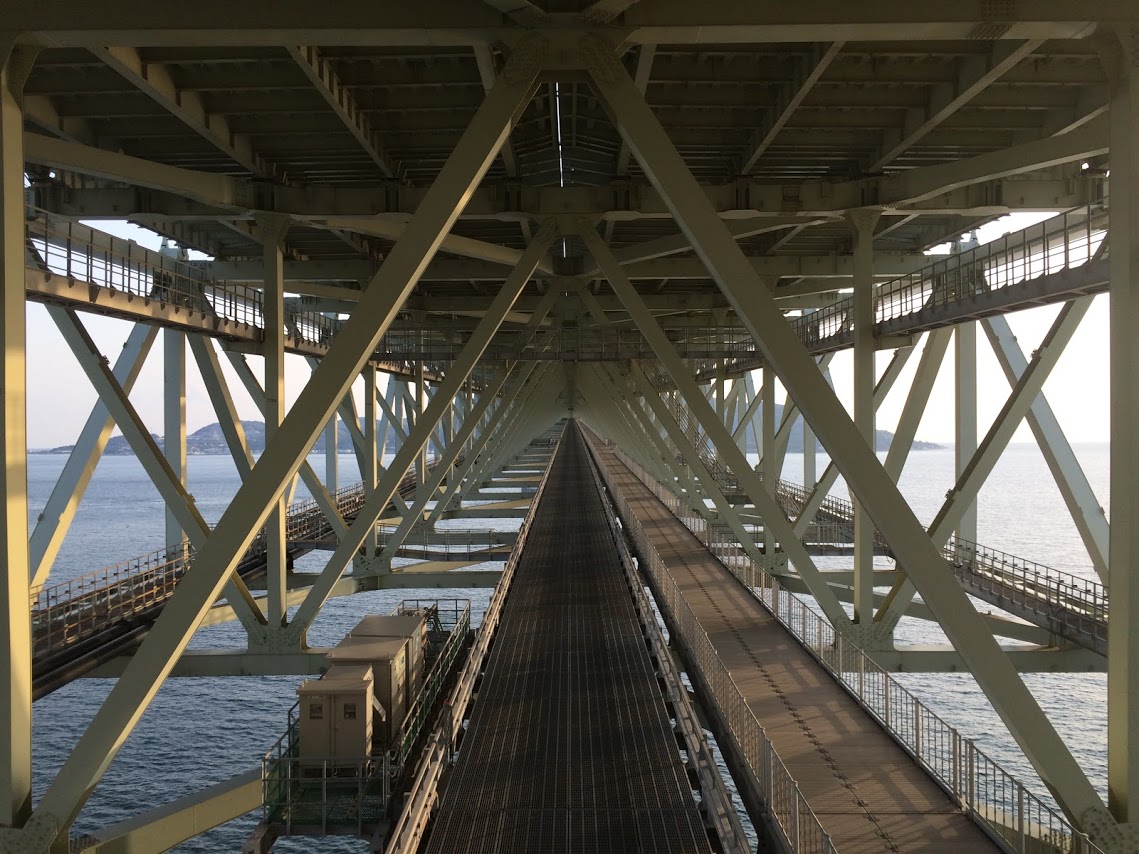 The project to construct this mammoth suspension bridge took almost 10 years to complete and is a testament to Japanese construction, even surviving the Kobe earthquake mid-construction.

We had planned to visit Kobe at some point during our trip, and stumbled upon the town of Maiko via AirBnB – we ended up staying at a place near Maiko station, which ended up being a great base to check out Kobe and also the bridge from.

The bridge itself you can actually climb to the top of, by joining a bridge tour via “Bridge World” which costs around 3,000 Yen (cash only) and the highlight is taking in the view from the top of one of the suspension towers at a dizzying height of 297 meters.

Here’s the catch though – the bridge tours have limited availability, and although they run twice a day from Thursdays through to Sundays, they are often booked out up to 2 months in advance. 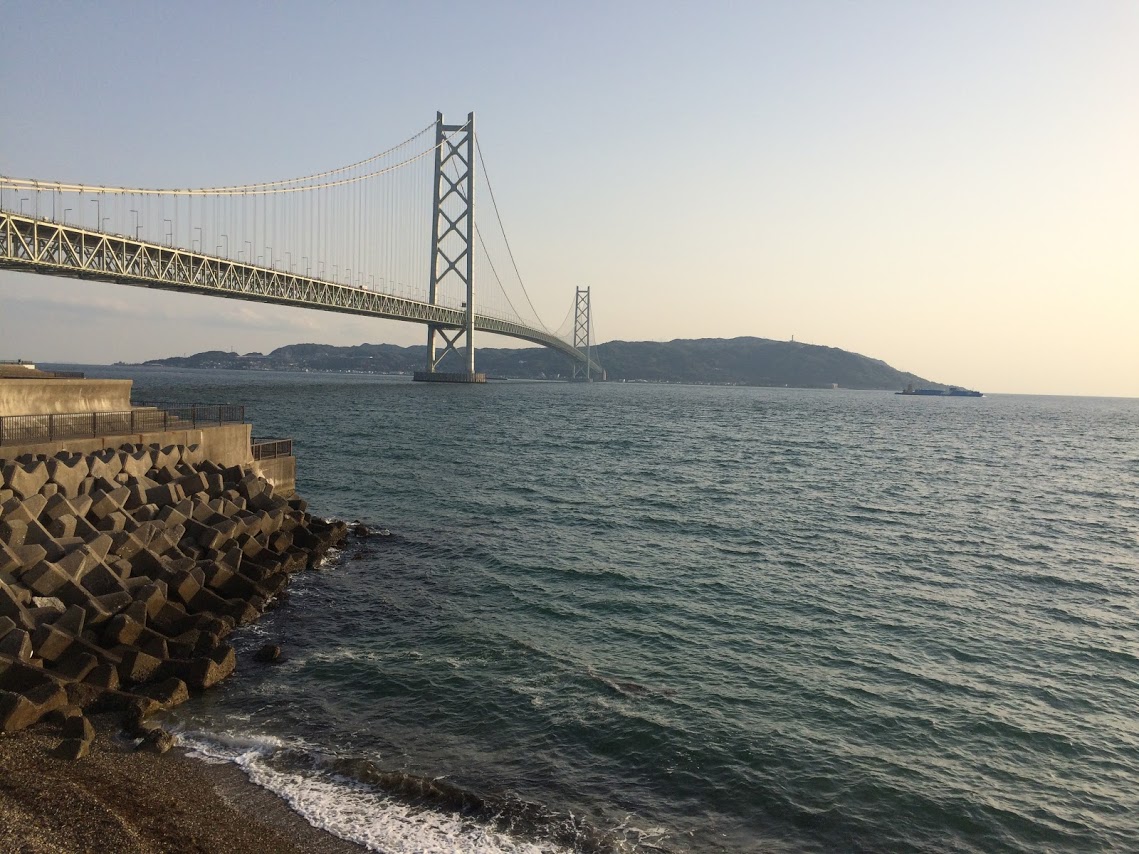 Therefore, if you’re planning to go to this location for a bridge climb; it’s highly suggested that you organise your trip WELL ahead of time.  Note also that tours only appear to run from April through to November.

Unfortunately, we hadn’t planned our trip so thoroughly and so when we were in Maiko the bridge tours were all booked out. However, you can still see the bridge from the Maiko Marine Promenade visitor center. 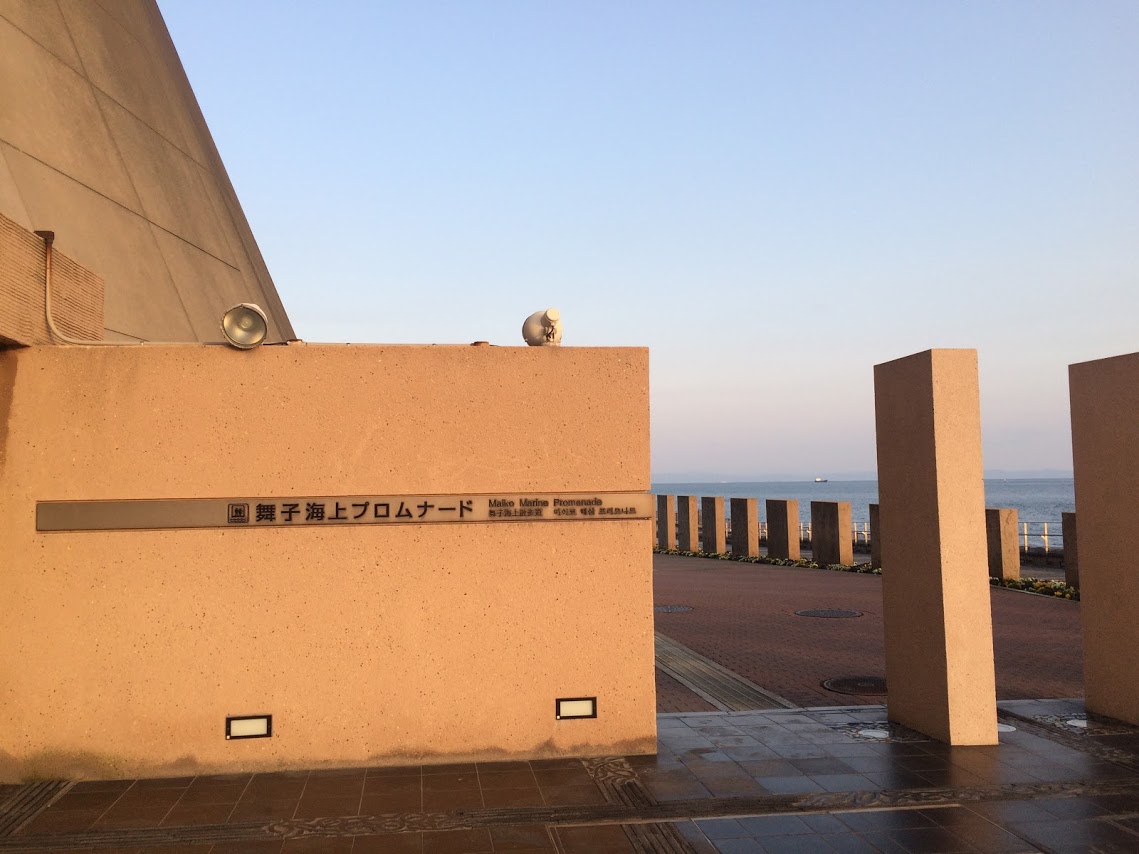 The Promenade is nearly 50 meters above the sea level and has a total length of 317 meters, 150m of which project out over the water into the Akashi Strait.

Entrance to the visitor center was 300 yen when we visited on a weekend, but it’s a little cheaper on weekdays.

Inside are some informative displays about the bridge (including video footage that shows the construction and the structure of the Akashi Kaikyo bridge), a few restaurants, gift shop, and outdoor lookout beneath the bridge’s roadway.

The 8th story observation lounge has some remote-controllable cameras which are mounted at the top of the 300m tall main pylon, which is fun to control. There’s also a cafe and seating area where you can take a break and enjoy the view.

One other advertised highlight is the ‘log bridge’, which seems a little random, but appears to be a simulation of what it might be like to cross a log as a bridge at 47 meters above sea level. It’s built into an area where there is a glass floor so you can see straight down into the ocean below.

The bridge is inside the  Hyogo Prefectural Maiko Park, a picturesque area which was popular even in ancient times. These days, it’s a lovely parkland where many people go for a stroll or to spend time with family.

Nearby there are some other attractions, including the Former Residence of the Kinoshita Family (a modern Japanese style house from 1941 which remains largely unchanged since it’s construction), and the Former Residence of Sanji Muto (a 2-story wooden colonial style house built in 1907 which offers a view into the lifestyle of a businessman in that era). The Sun Yat-sen Memorial Hall (Ijokaku) is also nearby.

If you travel by car, there’s also parking available from 200 yen per hour, for more details see the official Hyogo Park website (in Japanese).