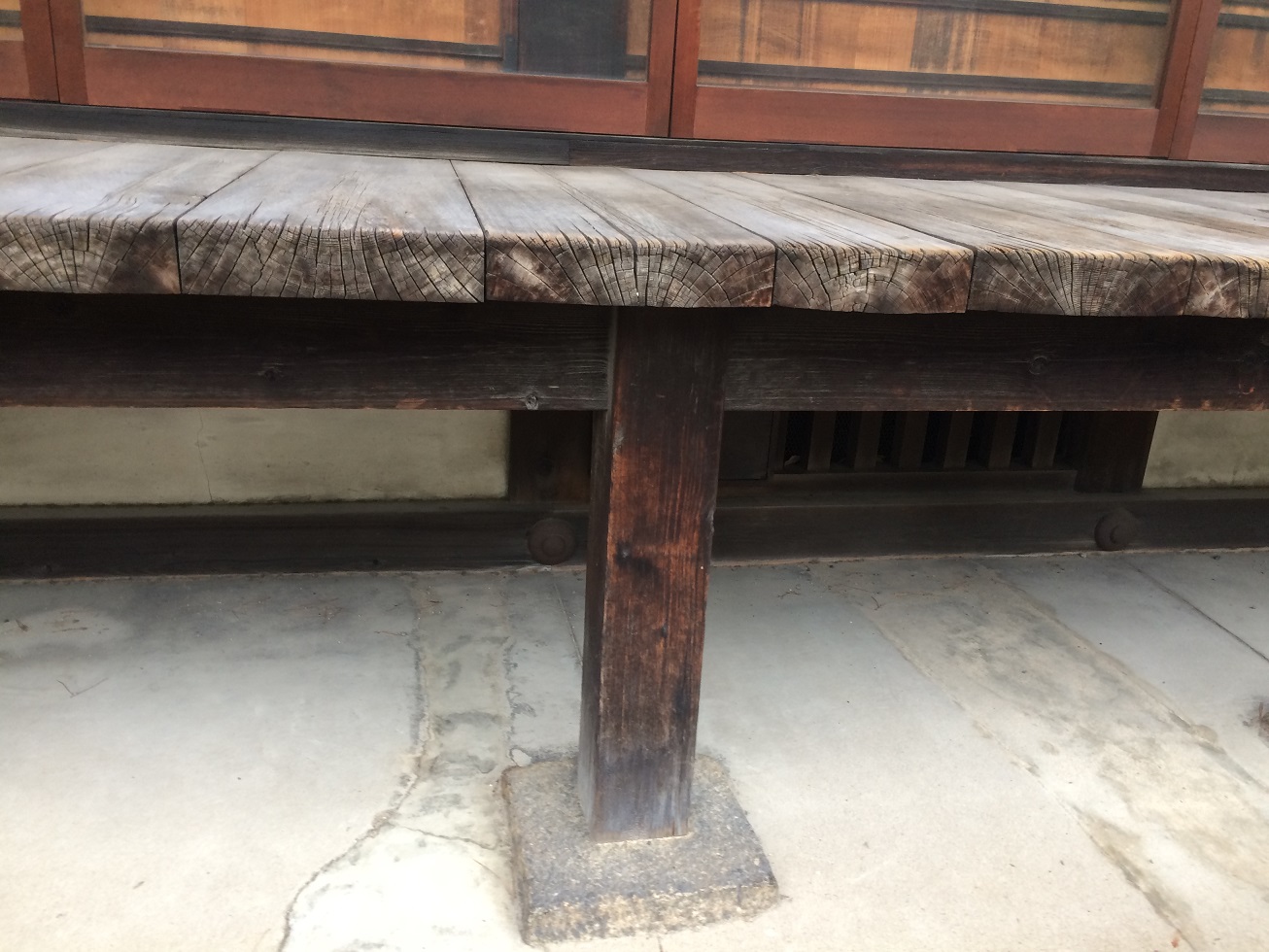 Nightingale floors or Uguisubari ( 鴬張り ) as they are known in Japanese, are a type of floor that makes a squeaking/chirping noise when walked on.

For those who want to experience a genuine Nightingale floor on their trip to Japan, it can be difficult to find out where they exist as there doesn’t seem to be a lot of information circulating about them.

This page is intended to be a resource which lists known locations of nightingale floors in Japan.

The most famous examples of nightingale floors are found in Kyoto, exhibit A being the Ninomaru Palace within Nijo Castle – where the sound of chirping fills the air due to the extensive nightingale floor installation and the number of tourists going through the palace.

Although this was the first time we encountered nightingale floors, it was hard to appreciate the floor as well as we’d like because of the number of people there.

I wanted to see if I could walk across the floor without it making a sound, but this experiment is close to impossible due to the number of other people making noises as they walk.

Because it’s difficult to know if the sounds are coming from your own walking or other people’s, there’s a certain disconnect with the floor and the sounds it makes.

One advantage of seeing the nightingale floors at Ninomaru Palace is that you can see the construction up close from the exterior grounds – the hinges responsible for the sounds can be seen if you poke your head up below the timber porches outside the building.

Also, be aware that photography is not permitted inside the palace, so you won’t be able to record yourself walking on the floors at this location.

Why Are Nightingale Floors Noisy?

The reason why these types of floor make a squeaking noise when walked on is due to their different construction.

The floors are made with a type of hook/bracket from underneath that supports the floorboards on their bearers.

The creaking/squeaking noise that is heard from walking on the floor is due to the metal rubbing against its nail supports, which occurs with time as things loosen.

Is it intentional? I had previously read some sources that say that these types of floors were purposefully designed this way as a way of warding off intruders and so they would act as a ‘burglar alarm’.

When we went to Nijo Castle though, the signage about the nightingale floor construction seemed to indicate that the sound was a byproduct of the design, rather than the intention.

One other possible theory is that the  floors were constructed this way to prevent garmens such as kimonos from catching on nail heads that might otherwise be exposed on the flooring.

There are several other examples of nightingale floors in Kyoto, as many of the older temples included this particular flooring construction. If you really want to experience the floor, try to go in early mornings when it’s less crowded from other tourists.

Nightingale Floors Outside of Kyoto

Although the most famous nightingale floors are in Kyoto, they’re not unheard of in other locations.

Our second meeting with a nightingale floor was completely unexpected and was in Osaka at Isshin-Ji Temple. We are not sure if it would always be accessible to the public, as there was plenty of activity at the temple on the day that we visited and it seemed as though there may have been some event or festival on.

In any case, we were able to walk around the outer porch of the main temple building and we found a nightingale floor in the hallway that linked the main temple to the side room where incense and other Buddha statues were located.

This was a much better setting as there weren’t throngs of people around, and we could walk up and down the corridor a few times to really hear it sing.

Where to See Nightingale Floors in Japan

So where can you find a nightingale floor in Japan if you’re visiting?

As previously mentioned, there are other examples of nightingale floors outside of Kyoto, but it seems as though this type of floor is not particularly noteworthy to most Japanese.

It is, after all, just a different type of floor – nothing to arguably write home about.

This is probably why it’s not an oft-discussed topic when it comes to sightseeing locations, as its quite an unseemly ‘tourist thing’ in most people’s minds.

Do you know of any nightingale floors in Japan that aren’t listed above? Let us know about them by leaving a comment below, and we’ll add them to the list!