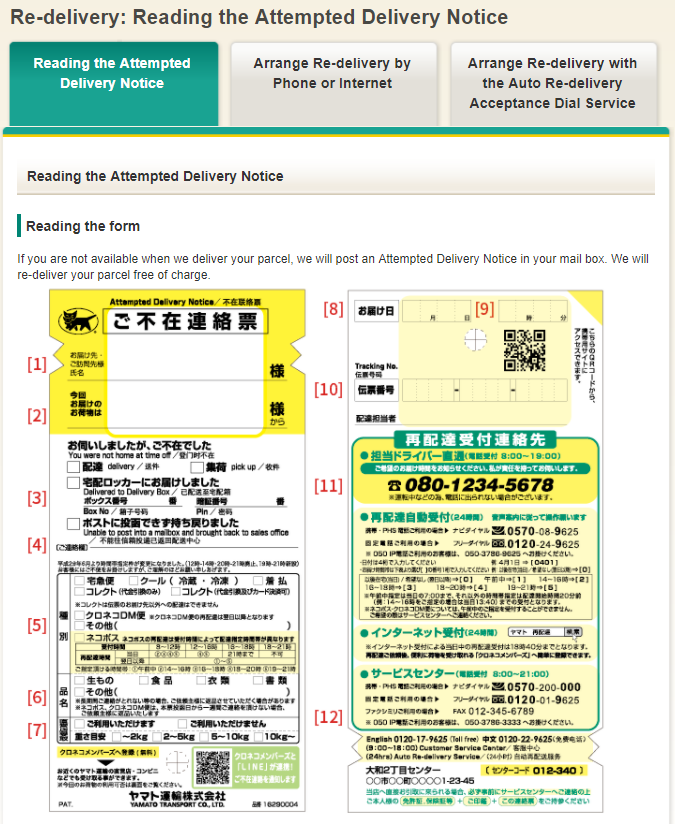 We looked at each other in fear, before running to switch off the music we were playing and switching as fast as possible into silent, “no one is home” mode.

In our defence the ‘house rules’ for the AirBnB said not to answer the door to anyone!

We also found it hard to believe that it could be the SIM Card we had ordered just yesterday and were under the impression would arrive within the week.

So we didn’t answer, despite multiple door knocking and door bell rings.

Finally the party in question gave up and left, but not before we heard the rustling of something stuffed into the door letterbox slot.

We were left with a crumpled, scrawled upon ‘attempted delivery’ slip from the  KuronekoYamato company.  They are apparently one of the big couriers in Japan, and you will see their logo of a cat on trucks in the street fairly often.

After much google translating effort, we turned to the internet and found this very helpful page in english, which allowed us to actually read the form and figure out what it was saying:

Thankfully, the website had very clear directions on how to schedule a redelivery and we opted for the same day redelivery by calling the phone number listed.

Redelivery is also free, which is good. 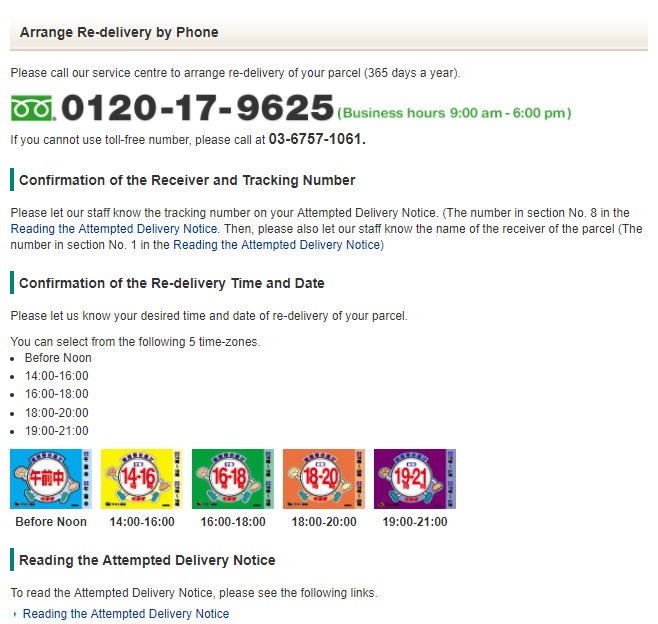 There was also an option to schedule a redelivery by just submitting an internet enquiry form, but we felt that it was a little too uncertain with locking in another dedicated time for the redelivery for the same day, since the form seemed to just submit via a form and there is no telling how well it’s monitored.

Apparently you can also schedule the package to be delivered to your local convenience store, but this seemed a lot more difficult for us given that we currently have virtually no Japanese language skills.

After calling and speaking to a person (and yes, they had an English speaking line) to confirm our desired delivery time, we successfully received our SIM card package just a few hours later! 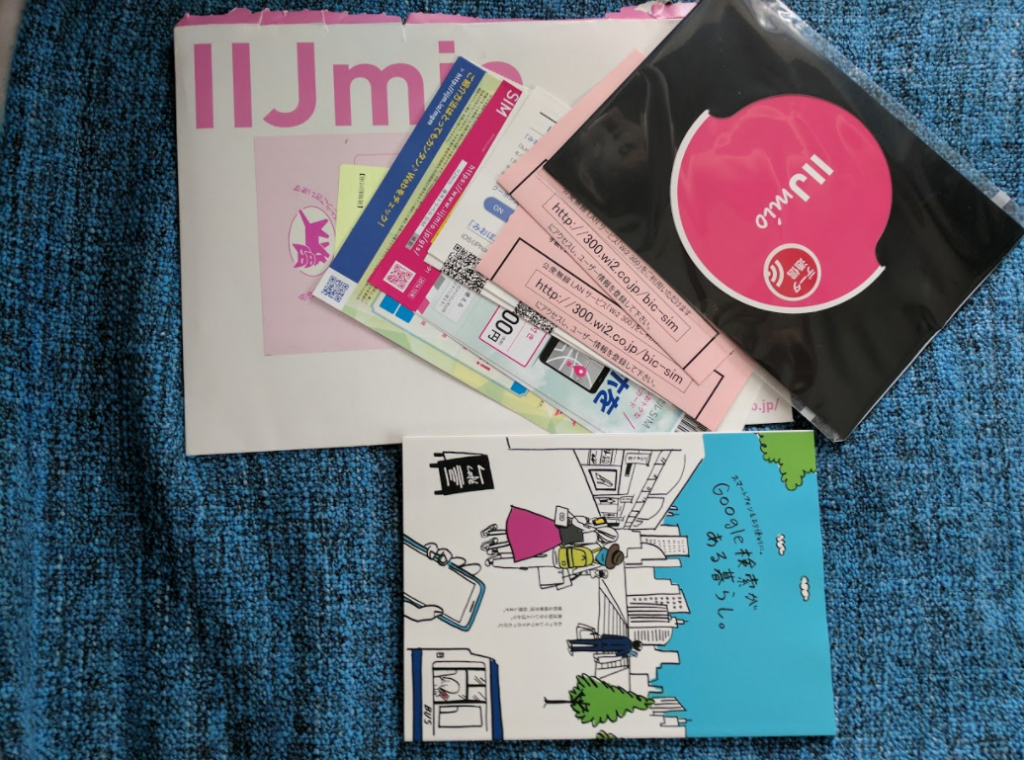 In summary, our experience with Kuroneko Yamato courier company was excellent! The redelivery was relatively painless, and even though we’d missed our package we were able to still get it redelivered on the same day.

We’re also pretty impressed at the SIM card we’d ordered through IIJmio/BIC cameras, as even though we ordered it on a Saturday and were told that it might take up to a week to arrive, we received it the very next day, despite it being a weekend!