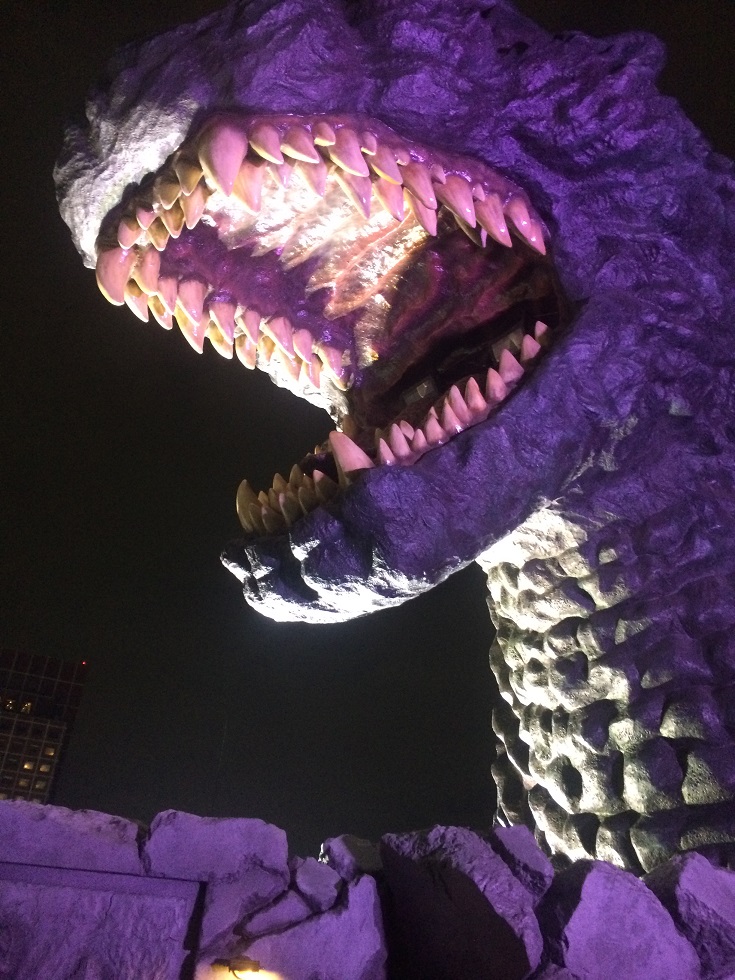 The Godzilla head in Shinjuku is a well-known attraction in Shinjuku, and many tourists view it from the street below. But did you know you can actually view it up close? We’ll cover how to do it in this post.

The street where the Godzilla head is located is actually called “Godzilla Road” in the Kabukicho area and is well signed. You can see Godzilla hanging out on the top of the building all the way down the street.

However, most people just take their photos from street level and don’t even realise that you can view Godzilla up close if you want to.

Godzilla is actually mounted in the lobby of the Gracery Hotel on level 8 and close-up access is supposed to be limited to hotel guests and cafe customers, which is just one reason why you might want to stay at the Gracery Hotel.

If you are a diehard Godzilla fan, there’s actually a special ‘Godzilla Room’ at the Gracery Hotel that you might want to consider staying in.

However, if you’re not staying at the Gracery Hotel and you still want to see Godzilla up close, then you do have the option of going to the Cafe Bonjour which is located in the lobby of Gracery Hotel, which will give you legitimate access to the terrace where Godzilla lives. Check out the reviews for the cafe here.

Actually, the prices of the cafe look a bit on the high side according to this menu, but it is possible to go up to the area for a look and then leave (hey, how were you to know that the menu items weren’t within budget?).  They do have some Godzilla themed foods though, for true fans.

While there is actually a sign that reads something to the effect of ‘the Godzilla terrace is reserved for guests of the Gracery Hotel and Cafe Bonjour’, I’ve personally visited the Godzilla head terrace twice without being either of those. The second time I went there was actually a security guard standing on the terrace, but realistically even if they did pick you out as not being allowed to be there, the worst thing that could happen is that you’re asked to leave. It’s probably unlikely this would happen since you could be a guest of the hotel – there’s no way for anyone to really be able to tell.

To get to the Gracery Hotel, follow the signs at the base of the building. It’s tucked away behind the escalators that go to Toho Cinemas.

You’ll reach a ground floor small reception desk area – walk past to get into the lifts that will take you to level 8. When I went there, there was no one at the desk, but as I was leaving there was a staff member posted there.

There are hourly roar times starting from  12:00PM until 8:00PM. So if you happen to be around Godzilla street near the hour, it may be worth hanging around a little to watch the show! You can hear Godzilla roar from the street level. I’ve not experienced it from the Godzilla terrace, so am not sure if it’s better from that location or not. 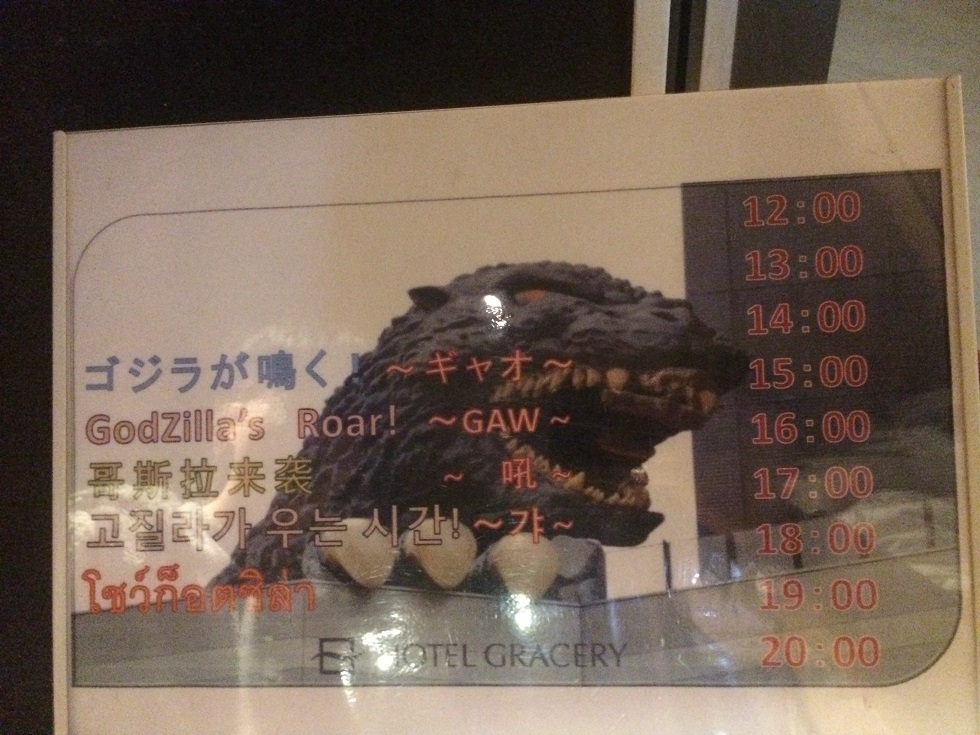 From the street level, you will hear some music playing, the sound of a ‘roar’ and also see lights and smoke come out of Godzilla’s mouth. It’s mildly entertaining, but I wouldn’t be too upset about missing it and it’s probably not worth going specifically out of your way to witness.

Here’s a video of Godzilla roaring from the terrace – admittedly based on the video it looks cooler from here than the street.

Hopefully this helps anyone who’s interested in seeing Godzilla a little more closely than most people do!

3 Replies to “Visit The Godzilla Head in Shinjuku Up Close!”